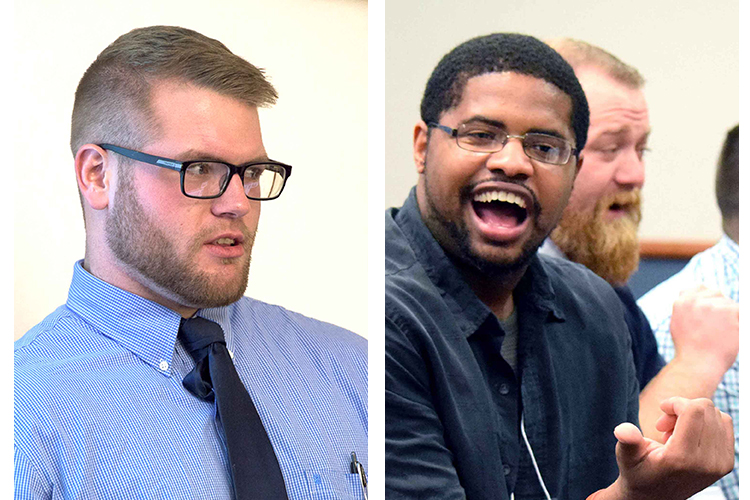 Students in the “Media Law and Ethics” classes at Southern are asked to interview working journalists and write about how ethics and law play a role in how news is covered. The stories are reflective of the difficulty and care reporters and editors use in their craft on a daily basis.  The following is a student report from fall 2016.

Ethics and knowledge of the law are paramount for any journalist in the business to respect and understand.

Aaron Johnson, a town reporter for the Connecticut Post, has been in the business for less than a year and already understands what kind of impact ethics has on journalism.

“I think ethics are incredibly important,” said Johnson. “But in a profession like this, your name and reputation can make or break your career. It is by remaining ethical and reporting the facts that people will grow to respect you and your work.”

Reporting something inaccurately or stretching the truth can make anyone an unreliable and untrusted journalist. All it takes is one instance of bad ethics or reporting to ruin a reputation as a journalist. A prime example of this is Brian Williams of MSNBC. In 2015 Williams lied and told a false story about being on a helicopter in Iraq that was hit by an RPG and had to make an emergency landing. The story was made up and never happened. Williams apologized but his reputation was ruined forever.

Luckily for Williams, he was able to stay in the business because he is such a popular journalist but for many journalists an incident like Williams would make it hard for them to find work again. Johnson is confident that he can avoid any mistakes like Williams had by just following what he was taught when training to be a journalist at Southern Connecticut State University.

“Just keep doing what I’ve been doing,” Johnson said in regard to not getting in trouble with telling lies. “Focusing on the facts and being diligent in reporting. I think avoiding issues is a lot of common sense and understanding the position that journalists have to report and tell the truth. I don’t see any issues when it comes to having poor ethics in the business for myself.”

It’s not just important to understand ethics and the way they work in the business side of journalism. When a sports journalist doesn’t report accurately it can hurt their reputation just as much as a business reporters. If a national sports reporter leaks a story that is inaccurate then they’re immediately no longer trustworthy. If a sports journalist’s word isn’t trusted in the public then it’s very hard for any company to hire them.

Wes Crowell, a freelance writer for the Hartford Courant, has only been on the job for a little over a year and understands that every time he reports on a sports story that his reputation could potentially be on the line. Crowell likes to make sure he never puts words in an athlete or coach’s mouth  they didn’t actually say.

“I try to make sure I get exact quotes and record everything,” said Crowell. “If I am unsure and it’s something small I will just replace the word. If it’s anything bigger I don’t use the word and just summarize what the person was saying in a different sentence.”

Another problem in the sports reporting field is not confirming sources. This past off season in the NFL a fake Twitter account tweeted out that Olivier Vernon, a defensive end in the NFL, had signed a contract with the Jacksonville Jaguars. This report was inaccurate as Vernon ended up signing with the New York Giants instead. A TV show on ESPN called “NFL Live” started to report that Vernon had signed with the Jaguars when they saw this fake tweet.

Crowell has said that people he is working with at the Hartford Courant have gotten in trouble before by not correctly attributing where they got their news or insight.

“The biggest thing is making sure everything is credited and attributed,” said Crowell when referring to how to stay out of trouble with your reporting. “Especially when we’re borrowing stories from other papers we need to give them credit.”

It’s not just correct attribution and telling the truth that goes into what ethics means for the journalism business. One of the most important parts of journalism and ethics is not having a bias. This doesn’t just apply for sports either.

If a journalist is covering a political campaign or a sports team they can’t have an interest on how successful that political campaign or sports team is. Having an opinion on what you’re covering and letting that opinion affect what you’re reporting to the public is unethical. Crowell played for the Southern Connecticut State University football team and he doesn’t believe that he would have an issue covering them now because he understands that you have to put bias aside as a journalist.

“I personally think I could cover the team,” said Crowell. “I understand that people might think I’m being biased because I used to play, but everyone has an opinion. It’s our jobs as journalists to keep that opinion out.”

No matter if a journalist is covering a town like Johnson or a sports team like Crowell ethics is a part of what journalists do every day. Understanding ethics and following them is something that all journalists in the world should aim for.