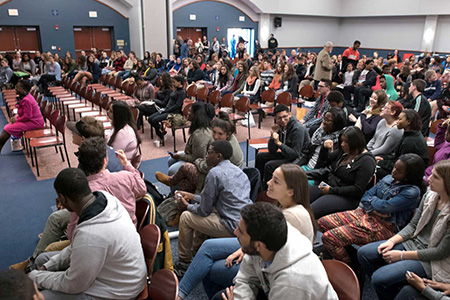 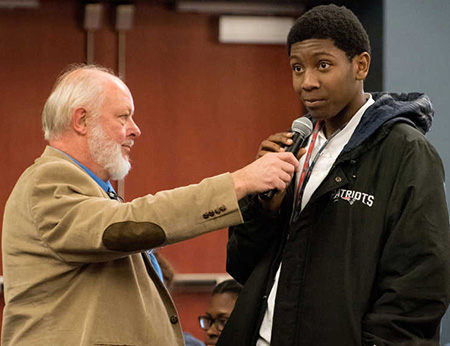 House, an Emmy award-winning journalist, has worked at WFSB since 1992.

During his remarks, House revisited his first job in journalism — as a reporter for his high school newspaper. He told students about his job writing an endorsement for then President Jimmy Carter’s re-election campaign in 1980.

“Jimmy Carter is not the ideal candidate for the presidency, but he is the best being offered to the American electorate this year,” House read from his endorsement. “It is true that his administration has been a disastrous disappointment.  However, he is our president, our leader.  He is the only candidate who can claim this qualification.” 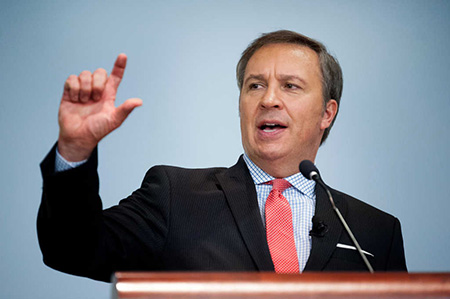 Students and high school advisers attended two of 20 workshops offered by journalism faculty at Southern Connecticut State University. Among the workshops were the following:

Southern’s Journalism Department hosts High School Journalism Day each year to contribute to the growth and preparation of future journalists from Connecticut.

To see a photo gallery of images from the 2015 High School Journalism Day, click here.