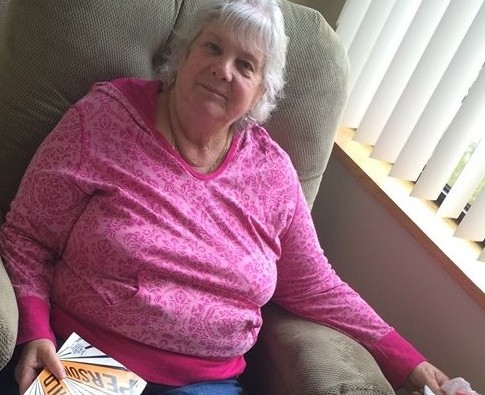 ‘When I was pregnant, I didn’t even know…’ 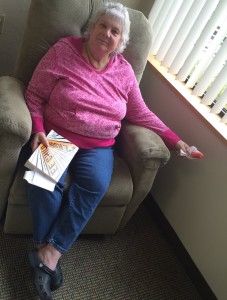 NEW HAVEN, Conn.—As the sun shined through the blinds on her 73rd year of life, Arlene “Kitty” Sayball began to open her eyes as she recited her favorite quote in her head that morning—“Your happiness shouldn’t come at the expense of someone else’s pain.” Although the day was ordinary other than the fact it was her birthday, Sayball felt this quote, along with five others, were the reasons she was living a happy and meaningful life.

“I have six sayings that I say to myself every day and try my hardest to live by them,” said Sayball. “I hope you use them to help you get to where you want to be in life and always remember that the most important thing in life is to just be yourself—to be your own person.”

Sayball said the most drastic change she’s witnessed over her lifetime has been how easily people, particularly kids, are pressured into having sex and/or committing acts of violence.

“Now, kids get bullied or see something on TV and feel like it’s acceptable to do those things and it gets worse because it begins to create a snowball effect,” said Sayball. “When I was pregnant, I didn’t even know where a baby came out of because nobody talked about it and now 13- year olds are walking around in crop tops and sending nude pictures.”

In 1962, abortions were illegal unless someone wanted to travel to Puerto Rico to get it done by a doctor and movies never showed a man and a woman in bed together, she said.

“You never saw a pregnant woman on TV or a woman sleeping with a man,” said Sayball. “If you saw a bed, you’d see a woman’s feet on the ground so nobody got the wrong message.”

“Today, children are having children and so many people have gotten pregnant before marriage,” said Sayball. “When I was growing up, if someone got pregnant and wasn’t married, they would send you away to a home for mothers or your mother would raise the child.”

Sayball believes that bullying, advertisements and poor parenting have to do with why sex and violence have gotten so bad.

“Bullying pressures kids into thinking that sex is just something you do and something you should be looking for in order to be popular or in with the crowd,” said Sayball. “Kids send nude pictures of themselves because they don’t look at their bodies as personal and private things like I was taught to do.”

Parents in their 30s and 40s think it’s acceptable to dress like 13-year olds and have lost control of how to correctly discipline children, according to Sayball.

Parents have cared more about being a buddy or a friend to their children because they don’t want their children to be mad at them and end up letting bad behaviors go, which starts the snowball effect, Sayball said.

“Let’s just say a boy grabs a girl and the girl tells her parents and the parents call his mom—a lot of the time the parents will waste time defending their child instead of telling him it was wrong,” said Sayball. “One time my brother was misbehaving in class and when his teacher called my mother, my mother was waiting to discipline him on our front door step.”

If people keep allowing kids to get away with things, she said, it will start to get to the point where kids turn into adults who commit crimes.

“We never used to see blood on the television at all and now we see entire crime scenes,” said Sayball. “Even the video games that these kids are playing really desensitizes them into believing sex, drugs and violence is OK.”

Commercials never used to advertise poor behavior when Sayball was growing up, but kids think that poor behavior is the cool thing to do these days since it is advertised so frequently.

Despite Sayball’s commitment to quit smoking shortly after she started, she had a smoking habit when she was 16 and said she didn’t smoke in the morning or outside and never in front of her parents out of respect and out of fear her parents would discipline her, which is different than how people view smoking today.

“Oh yeah, all different types of media are responsible for promoting sex and violence,” said Sayball. “It’s sad that people only look to see what the bad person does, but doesn’t even bother to notice what the good person does.”

Sayball wishes life was what it used to be with the money she has now, she joked—back when the world didn’t become so advanced, back when everyone could trust each other, back when people were grateful for what they had and back when it was more family-oriented.

Sayball smiled as she shook her head and said life would never be back to where it was before.