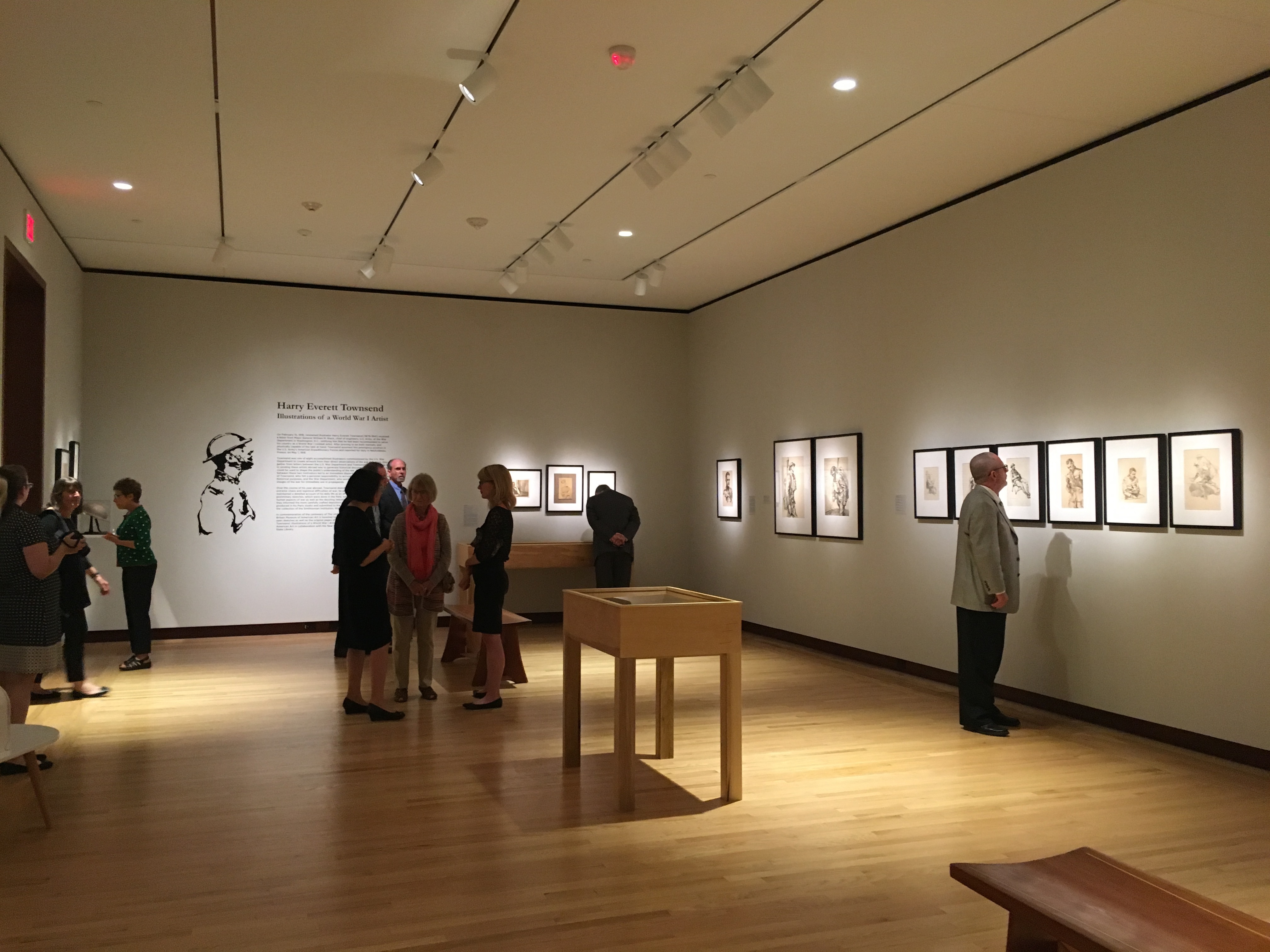 In commemoration of the United States’ centennial of entering World War I, the New Britain Museum of American Art hosted the an exhibit of work by combat artist Harry Everett Townsend, the only one whose work is held by a Connecticut institution.

The New Britain Museum of American Art, New Britain Industrial Museum and the Connecticut State Library organized the exhibit in a collaborative effort, according to the art museum’s Director of Collections and Programs Management Stacy Cerullo.

“His work has rich detail, it’s incredibly expressive, and they make you feel the grueling nature of the war,” said Cerullo.

Cerullo said Townsend was one of eight combat artists whose artwork was showcased in the Smithsonian Institution in Washington, D.C.

Although the museum purchased Townsend’s archive in 1970, it took until 2015 for a museum employee to notice more than 200 objects once war digitization started, according to Cerullo. Townsend kept over 300 personal sketches, a war diary and letters.

“Underneath it all was the diary, and all of his letters,” said Cerullo. “This was the first time anyone at the museum realized the depth of this collection.”

The exhibit also included loaned war objects from private Connecticut collectors and relatives of those that had served in the Great War, according to the art museum’s Deputy Director Min Jun Kim.

“Townsend really was an amazing artist,” said John Monahan, commissioner of the World War I Centennial Commission. “He really captures the human element of the soldiers and their experience.”

The exhibit also incorporated The Stanley Worker, which was a newsletter published twice a month in New Britain, Connecticut by the Stanley Club, and was sent to the Stanley Works employees enlisted in the war.

The Stanley Worker publication included letters written home by soldiers, which exemplified many voices, opinions and experiences of war.

“I was invited to come see the Stanley aspect of it,” said Bob Bandzes, a current employee of Stanley Black & Decker. “It’s nice to see the art rather than photographs, because pictures usually depict death, dying, destruction.”