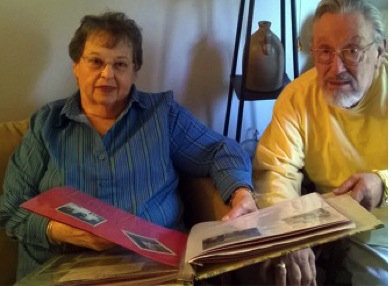 ‘Burying the secret tortured me’ 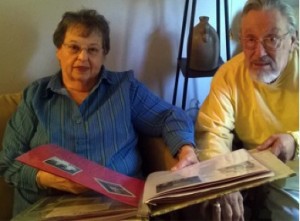 NEW HAVEN, Conn. – Up until five years ago, 75-year-old, Elaine Feldman kept the secret of her experience with sexual abuse between her and her mother.

“Certain things haven’t changed much,” Feldman said. “There has always been sexual and domestic abuse, but it was private. It was a family thing. Now it’s not and in many ways that’s a good thing.”

Elaine and her husband Jerry Feldman, 78, agreed that the biggest change they have seen over the course of their lifetime is how much technology has reduced the amount of privacy people have and also influenced new social tendencies.

Growing up in Boston during the 1940s, Jerry said he lived unaware to how much these issues of abuse occurred because they weren’t publicized or made a priority in comparison to today’s standards. The Internet has played a role in changing the reality he grew up in.

“We were taught not to look into other people’s lives so I wouldn’t have recognized it if it hit me in the face,” said Jerry. “If there’s something going on in your private life nowadays, people are going to find out about it one way or another. Everything is broadcasted through the Internet and social media.”

One of the hardest things for victims to cope with is when the abuse comes from people they are close with or family members, said Elaine. Her cousin, who was nine years older and adored by her family, sexually abused her when she was a teenager.

“Burying the secret tortured me,” said Elaine. “The hardest thing for me was actually having to see him and act like nothing was wrong. When I finally told my brother in a letter I wrote to him about five years ago, he was so angry with me. I have never understood exactly why. Maybe because I didn’t tell him sooner or because they were close friends.”

In the late 1950s and early 1960s people wouldn’t call the police for domestic issues, according to Elaine. She said from her own experience and what she had seen with some sorority sisters, most people just picked up the pieces and did their best to carry on with their lives as if nothing out of the ordinary had happened.

“There was no such thing as a domestic call to the police 40 or 50 years ago,” said Elaine. “My mother was a very loving and caring woman to her children her entire life, but when I first told her about what had happened she said: ‘Don’t tell your father.’ She didn’t want to upset him because he had always been very close with this cousin.”

According to the Rape Abuse & Incest National Network’s website, 60 percent of sexual assaults between the years of 2008-2013 went unreported. Elaine said she’s thankful the Internet has drawn some much-needed attention to the issue and offers resources for people suffering from abuse to reach out or get the help they need.

“Our world seemed so much smaller when I was growing up, now everything is right in your face because of the wide use of the Internet,” Elaine added. “If you turn on the television you see prime examples of abuse with Adrian Peterson and Ray Rice. That would have never received this type of coverage in the ‘50s so I do see progress.”