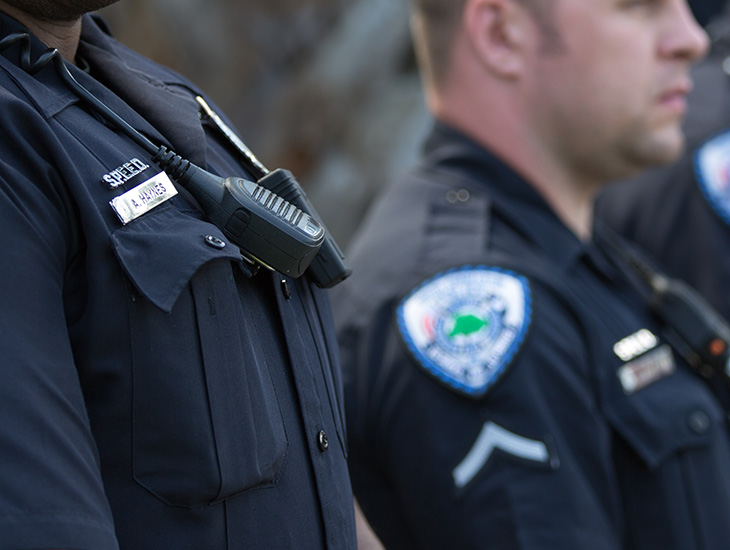 Together journalists, FOI advocates and public safety officials will tackle the issue during a panel discussion at Making CONNections, a regional journalism conference at Southern Connecticut State University in New Haven, April 8.

The discussion, titled “Caught on camera: The FOI fallout from police cameras,” will take place at 3:15 p.m. at the Adanti Student Center. For more information on how to register for the conference, visit the conference website.

The discussion is sponsored by the New England First Amendment Coalition.

More police departments are using police cameras — and many states are responding with new regulations and rules about public access to the footage.

The Washington Post, in a review published in February, found that many states are struggling with the issue of how to regulate police cameras and the footage they produce. According to the article, nine states have regulations on how the cameras should be used and 12 have passed laws that restrict access to the footage. Meanwhile, video footage of police officers has brought attention to more officer-involved shootings.

In Connecticut the issue of police images has been a major discussion point since the Sandy Hook Elementary School Shooting in Newtown in 2012. The state legislature sealed off police records that depict a homicide victim in response to massacre.

Then in 2015, after a major push from FOI advocates, the general assembly passed a law clarifying access to police arrest records. The new law included a provision that requires disclosure of images and video depicting an arrest, according to a summary from the Connecticut FOI Commission.

Panelists will talk about the fight for access to records in Connecticut and the region, and discuss the bigger issues behind police recordings.

James H. Smith, president of Connecticut Council on Freedom of Information and a member of the New England First Amendment Coalition Board of Directors, will moderate the panel.

She is a frequent speaker at national, state and provincial programs on government transparency, information policy, electronic information issues, privacy and data protection, freedom of the press, and administrative law.  Murphy recently completed a four-year term serving on the Steering Committee for the Council on Governmental Ethics Laws.  She is a Director of the Connecticut Foundation for Open Government, Inc. and a Connecticut Bar Foundation James W. Cooper Fellow.   She has co-authored articles on access to the information superhighway, open and accountable government, the legacy of Watergate and Freedom of Information at Middle Age.  Murphy has also taught a course on privacy law at the University of Connecticut and a course on Comparative Freedom of Information Law at the University of Connecticut Law School.

Leonard Boyle served in the United States Attorney’s Office for the District of Connecticut for 17 years.

He was Chief of the Criminal Division and Counsel to the United States Attorney for Connecticut. Mr. Boyle also served as a Special Attorney to the Attorney General of the United States from 1999-2003 prosecuting law enforcement officials who had corrupt relationships with criminal figures in Boston. Boyle served as Commissioner of the Connecticut Department of Public Safety from 2004 to 2007, when FBI Director Robert Mueller appointed him Director of the FBI’s Terrorist Screening Center in Washington, D.C. where he oversaw 330 employees responsible for maintaining and distributing the United States Government’s consolidated terrorist watch list. He was appointed Deputy Chief State’s Attorney for Operations in Connecticut in 2009. He is an Adjunct Professor at the University of Connecticut School of Law.

Manchester Police Captain Christopher Davis began his law enforcement career in 1991 as an Auxiliary Police Officer for the Groton Town Police Department moving to the Manchester department in 1994. He served at the Regional Community Policing Institute in Boston; on the warrant squad tracking down wanted fugitives;  as a Patrol Sergeant; as a detective supervising major crimes investigations. As Detective Lieutenant, he was in charge of the investigation into the Hartford Distributors mass murder in 2010.

Davis was promoted to Captain in 2015. He has been the department’s Public Information Officer 12 years. Davis holds a Bachelor’s Degree in Sociology from Eastern Connecticut State University and a Master’s Degree in Criminal Justice from Boston University.  He is also an adjunct faculty member at Manchester Community College.

Anthony J. Gaunichaux Sr. is vice president of the NAACP chapter in Middletown, CT, where he has also served on the city council, board of education and planning and zoning commission. A 22-year veteran of the U.S. Army Vietnam War, he earned earning the Bronze Star, Meritorious Service Medal, Vietnam Cross of Gallantry with Palm, and the National Defense Medal with Oak Leaf Cluster.

He worked as a supervisor in the Connecticut Department of Children and Families. He earned his bachelors degree at Collegiate Institute in London; and his Masters in Social Work from Roosevelt University, Zurich, Switzerland.