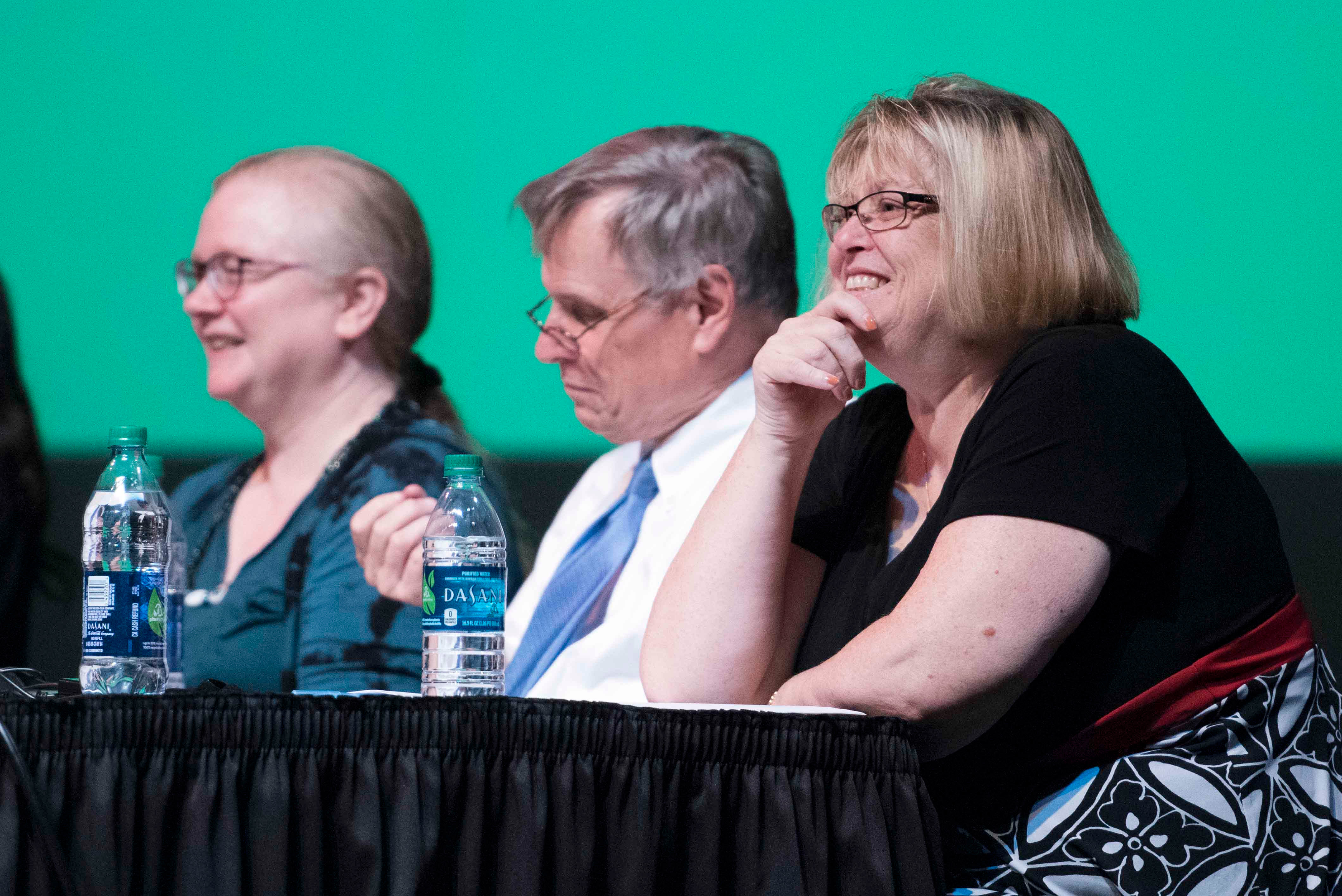 Cindy Simoneau, chair of the Journalism Department, moderated the panel discussion during a university forum on the presidential campaign Oct. 18.

The forum was sponsored by the Officer of Integrated Communications & Marketing, and was open to the public. It was held at the Southern Connecticut State University Lyman Center.