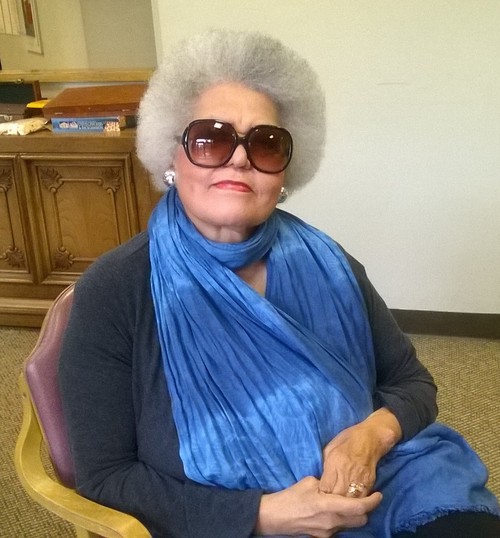 Seeing a black man in office is a rewarding feeling NEW HAVEN, Conn.– The sign on the movie theater read “Negros Only.” Hillhouse High School’s Democrats of America group was shocked to see this display of segregation on their trip to Washington, D.C in the 1950s. Arlene Davis-Rudd was one of the few black students to be selected to go on the trip, where she got her first firsthand experience with how other parts of the country viewed her race.

“Here we are from New Haven. No one told us we would have to separate at water fountains, theaters, or even to bring our dad home a tie,” said Read. “We couldn’t try on anything and we could only go in the store if we had one of the leaders from Hillhouse with us.”

Davis-Rudd, 77, said the progress made in the fight for equality has been the biggest series of changes she has seen over the course of her life.

When she began working for a community action agency called Action for Bridgeport Community Development, she started to see more social inequalities in Connecticut arising and her involvement with the Civil Rights Movement increased.

“The pastor of our church was the president of the NAACP,” said Davis-Rudd. “And across the street from our church was the arsenal for the Black Panthers so I used to go there and feed children breakfast in the morning. After doing that for a while I decided to join forces with them.”

She said the public’s perception of the Panther party was distorted and misunderstood.

“A lot of people were scared of the Black Panthers,” she said. “But they just didn’t understand that we were fighting to see change. Positive changes. Sometimes in order to see those changes happen, you have to be bold.”

Davis-Rudd said soon after joining the Panther party she became branch president of the NAACP, which had some negative effects on her developing career as a broadcast journalist.

“It was kind of conflicting,” said Davis-Rudd. “Being the branch president, a civil rights enthusiast, a member of the Black Panther Party, and on the air all at the same time. My bosses would say to me ‘Are you going to be the news taker or the news maker?’”

She said she would sometimes answer back to the question– “Both.”

According to Davis-Rudd, she was let go from five broadcasting stations where she had been doing the news because of her political views.

“Some of these stations were owned by black entrepreneurs who were very afraid that the people who didn’t share our views would not give funding,” she said. “The same goes for the people who were advertising. They dropped their ads from time to time too.”

She remembers arguing her case several times with bosses, but with no success.

“When I said to them ‘You’re not letting me go because I talked about the police department or the police brutality that was all over Bridgeport are you?’ They would reply that they just didn’t think those were my better stories,” said Davis-Rudd.

Her father, was a graduate of Shaw University in Raleigh, N.C, owned a barbershop, and shined shoes in New Haven for years. While raising her, he stressed the importance of continuing on a positive path in life.

“He would tell me to do the best I can and to find another avenue,” she said. “He believed in non-violence and always made sure to tell me to stand up for something or that I would fall for anything.”

Her mother’s family stayed in Windham, Conn., had several cab companies and chose to only identify with their non-black heritage vs. their Indian background. This was an obvious point of disconnect. She said one of her uncles was openly unsupportive of what she strived to do through her civil rights involvement.

She was asked to speak to the Rotary club in town by one of its members, not knowing that her uncle was the president. She accepted without thinking twice. She said when she got to the meeting space she bumped into her uncle and he immediately said he wouldn’t allow her to speak because he didn’t want her to promote anything related to civil rights.

“The man who asked me to come and speak told my uncle that unless he was willing to speak to the members that had all gathered that I was going to be the guest speaker,” said Davis-Rudd. “I was very nervous when I begun speaking, but I took a deep breath and took the time to thank my uncle for the invitation instead. I bet he felt like the two-inch worm that I did when I first got there.”

“You’ve got to be bold and you have to be confident in what you believe is right,” said Davis-Rudd. “It takes some time and you’ll need to be brazen in some cases. It’s not always easy to carry on without holding a grudge, but I say to myself you only have so much energy. You don’t have energy for everything so you pick your battles and figure out what’s really important to you.”

Looking around the senior center where she lives, she said she has come a long way and has lived her life doing what she needed to do.

“Being able to see a black man in office is one of the most rewarding feelings,” said Davis-Rudd. “It makes me feel like all of the work we put in and risks that I took all paid off in the long-run.”