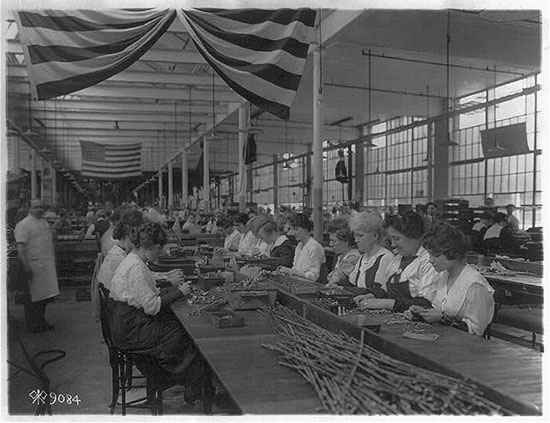 Karlie Borges, a journalism student at Southern Connecticut State University, reported this story as part of Journalism Capstone coursework on World War I.

In 1917, women were needed in the workforce after men from Connecticut and all throughout the country went overseas to fight in World War I.

Women took on many different work positions to help with the war effort, according to Christine Pittsley, historian and project manager of the Connecticut State Library’s Remembering World War One project. This included volunteer work as well as paid positions.

“As much as a lot of the men get credit for what was happening on the home front, the women were really driving it,” Pittsley said. “Women were the ones doing a lot of the food conservation, they were out there raising money for the liberty loan campaign, for the Red Cross and all sorts of different aid organizations.

“They were going out into the community, they were working in liberty loan cottages all over the state. And then there were a group of women that were joining the military. And there was another group of women who would go abroad and serve in foreign hospitals,” Pittsley said.

Southern Connecticut State University history professor Virginia Metaxas said women were more organized and engaged in activism during this time period than ever before and many became involved in helping the war effort from home. 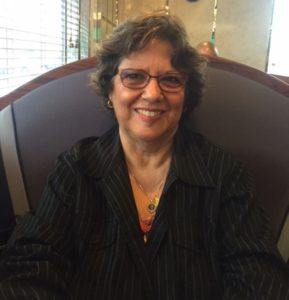 “The first thing that they started doing is collecting materials to be sent over to Europe, anywhere in Europe: England, France, Germany. Clothing, food, medical supply, all kinds of things,” said Metaxas. “They set up really large central places where things could be sent and packaged up sent overseas.”

In America, and in Connecticut in particular, many women joined the war effort by working in factories.

“Women could always work in factories but those were lower socioeconomic women. During World War I more middle class women went to work, not because they needed the money. They did it because it was the patriotic thing to do,” Pittsley said. “Women were working in ammunition factories in Bridgeport for Colt and Remington and United Metallic Cartridge. In Hartford there were the whole group of the Hartford Rubberworks Girls that were making gas masks and there was a lot of press around them because they were these middle class girls who didn’t need to work, but they were joining the workforce.”

On July 26, 1918 The Hartford Courant published an article about the women working at Hartford Rubber Works titled “Prominent Women Making Gas Masks”. That article states that “Prominent women war workers in the county are working on the masks and finding it a pleasant change from the usual routine of social and business life.”

Women were needed in these factories to help make supplies for the soldiers overseas. Factories in Connecticut were mostly focused on producing war goods during this time.

“In early 1917 the state did an industrial survey and sent out these questioners to every manufacturer that asked, ‘What do you make now and what could you make for the war effort?’” Pittsley said. “So once the war really started you would see companies retooling what they were able to produce in order to produce specifically war goods.”

After the war, many women were expected to give up their jobs and return to a more domestic lifestyle. In March 1919, four months after the war ended, The Hartford Courant published “Calls on Women to Release Jobs to Men,” which stated that the special legislative committee on unemployment decided to “call upon women who have husbands that can support them to give up their war-time jobs.”

Women only had a short time in the workforce before they were expected to leave their jobs. However, the work women did during the war helped make huge strides for the Suffrage movement and women’s rights.

Metaxas said the contribution women made to the war helped them gain the right to vote. She said it was the final push that was needed.

“It’s a culmination of many, many years of work trying to get the vote,” Metaxas said. “But when the whole country sees what women did, they proved themselves in a way. So when they demanded full citizenship it made sense at that point and that’s when women got the right to vote. It was the last battle in a long, long set of battles, but it was really helpful.”