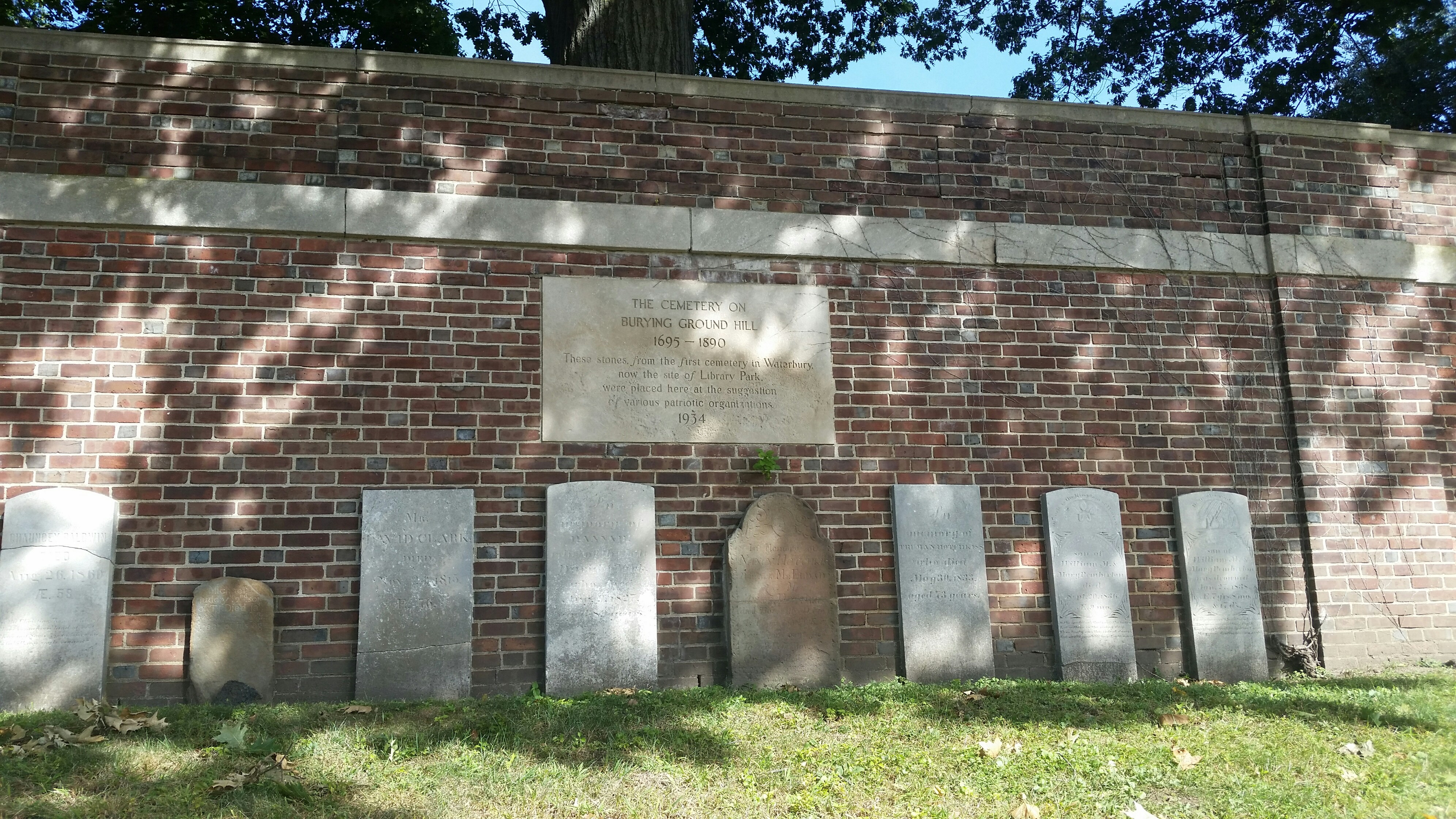 Cristina D’almeida, a journalism student at Southern Connecticut State University, reported this story as part of Journalism Capstone coursework on World War I.

Featured image: The memorial before the new plaques were dedicated this past year. |Cristina D’almeida photo

Two new panels with a featured muster roll were dedicated at the World War I Veterans monument in May 2017.

Robert Dorr, secretary of the Waterbury Veterans Memorial Committee, said the two new panels are 48 inches by 70 inches. He is responsible for the design of the new panels and the memorial is maintained by the City of Waterbury Park Department, as it is part of Library Park. The committee purchased the actual signs, he said.

The original Great War for Democracy Memorial was created in 1919 by the citizens of Waterbury. Made of wood and painted white, the memorial had the names of 5,099 men and women from Waterbury who served.

The names were each engraved on a brass plate and the center was bronze and contained the names of those who died in service. The memorial was there for 43 years until 1962, when it was taken down for the expansion of the Silas Bronson Library, said Dorr.

The memorial featured graves of soldiers who died from 1686 to 1890 and are still present to this day as part of the current memorial, according to Dorr.

“The old brass plates were stored and the center bronze panel was installed in City Hall after it was taken down where it remains to this date,” said Dorr. “Sadly, all of the brass name plates were lost. People forgot about them.”

Dorr said in early 2000, Col. John G. Chiarella, the chairman of the Waterbury Veterans Memorial Committee at that time, approached Dorr to assist him in discovering what happened to the memorial. They were both eager and passionate enough to want to work on this project and put the time in.

“I located the center bronze panel in City Hall, and began to search for the brass plates,” said Dorr. “I contacted the Silas Bronson Library and learned that in 1962, a librarian catalogued the names as it was dismantled.”

Dorr then began the process of typing the names into a spreadsheet so he could recreate the memorial. This process led to the recreation of two aluminum panels and was dedicated on Memorial Day 2003. These panels sat in front of the gravestones of veterans, according to the Waterbury landmarks page on the city site.

Dorr took the time to reduce these panels in a polished, stainless steel at a cost of $5,800, with laser thermos graphics.

According to the Historical Marker Database, which is a historical website featuring historical markers and commemorative plaques in the United States and other countries, the inscription on the original memorial marker dedicated in 2003 included a brief summary of whom the memorial commemorates. The first part states:

“The individuals were numbered among those who answered the call of their country, left all that was near and dear to them, endured hardships and faced danger.”

The muster roll panel was a complete official list of all branches of service in the Great War for Democracy from 1917 to 1919. The list was compiled as accurately as possible from the combined lists from the Town Clerk and the War Bureau Records.

“The motivation for me to recreate the World War I memorial was this: Honor their service, remember their sacrifice,” said Dorr.

To see a list of the 5,099 names on Waterbury’s monument, click here to open a PDF file.