Watch: Journey to the Bottom of the n-Word 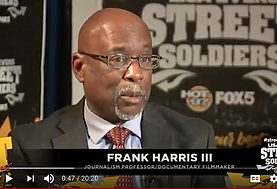 Professor Frank Harris III’s documentary “Journey to the Bottom of the n-Word” is now available to view online.

The documentary combines interviews Harris conducted across the country with in-depth research into newspaper archives regarding the use of the n-Word in America.

“Frankly, I wasn’t sure what kind of response I would receive,” Harris writes on his new website for the film. “After all, it’s not every day that a man with a camera walks up and asks about the n-word and one’s first or most memorable experience with it.”

Since Harris first debuted the documentary, he has been featured in several news articles and broadcasts, including the Minneapolis Star-Tribune and Fox5NY. He also presented the film at the Baltimore International Black Film Festival in October 2016.