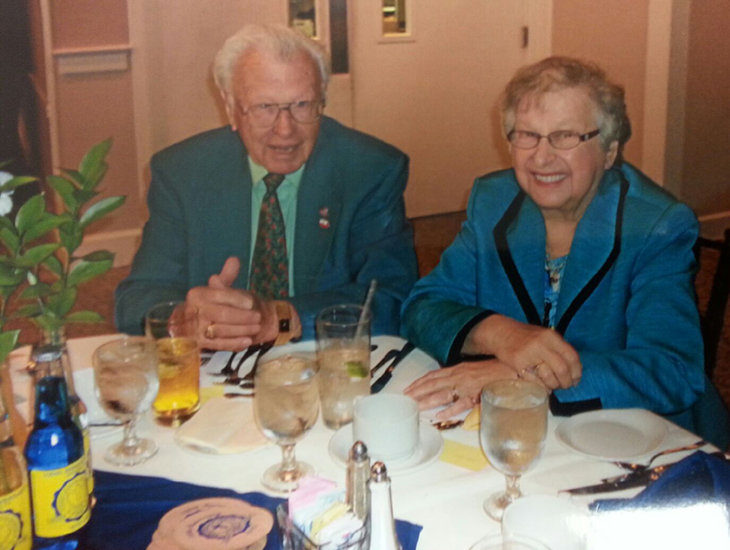 ‘…30 years ago we never locked the door’ 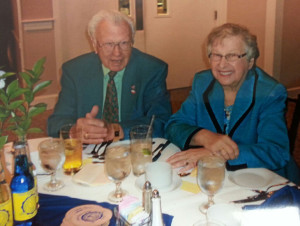 One of the changes Francis says he’s seen is the disappearance of the middle class.

“There was at one time a poor class who everyone wanted to help. There was a middle class, and there was the wealthy. Now in 2015, there’s no such thing, I don’t think as the middle class,” says Francis. “There are those that have a little more than others but there are some people on welfare that are making more than people who are working for a living.”

It turns out Zygmont is correct. According to a Cato Institute study, welfare benefits in Connecticut amount to $39,761 per person per year. A person leaving welfare for work would have to earn $21.33 per hour to be better off. In addition, welfare benefits are not taxed while working wages are.

The Zygmont’s said the biggest change they’ve seen, however, is in everyday American life. People do not have the same pride in their country and in their own community. Until just a couple decades ago they felt safe walking in the city, leaving doors unlocked and there were no worries about gun control.

“Our kids who are in their 50s and 60s now, it wasn’t unusual to see 6 or 7 or 8 kids walking in the middle of the street carrying a .22 rifle over their shoulder going to shoot tin cans or something like that at the junkyard,” said Catherine.

“I remember walking through downtown Meriden with a rifle in your hand because you were going over to shoot on the west side of town and no one ever even gave it a thought,” said Francis. “Don’t get me wrong, if you had a shotgun, you’d have the barrel broken open. Or if you had a rifle with a bolt action, the bolt would be open. But there was no concern that these guns would be used on anybody like we see in the news today. It was a much different time in our country. Nowadays, the initial reaction would be to panic and call the police and it could be a headline story.”

The Zygmonts say that it is unfortunate that Americans don’t feel as safe as they used to, especially in their own neighborhoods.

“I would say up until about 30 years we never locked the door. You walked out and you leave the door unlocked and everything was fine,” said Francis Zygmont. “But people have changed. They tend to be distrustful, and for good reason a lot of the time. People who have a different outlook on life than we did have forced us to change our ways.”

Francis Zygmont also claims that politicians nowadays don’t take command the way that they used to and that has affected the pride the American people have. He feels as though it looks like the United States has gotten weaker.

“If Eisenhower or Truman or Reagan or Kennedy said to Iran ‘There’s a line in the sand and if you cross it we’re gonna attack’ that’s what happened,” said Zygmont. “The current administration has made the same type of threats but then backed down on them.”

Francis Zygmont also reminisced about the Cuban Missile Crisis in the 1960’s. He says that even during a nerve-wracking time, the United States showed anyone or any country would not intimidate them, something he said the U.S. does not do enough of anymore. Even with the country on the brink of a potential nuclear war, there was a still a lack of fear and no lack of confidence or pride in the country.

“When the Russians were putting missiles into Cuba, JFK turned to Russia and told them that if Cuba shoots one missile at us, you plan on getting destroyed because we know where the missiles came from,” said Zygmont. “And I would say within about 2 weeks, all the missiles were out of Cuba, the blockade was all over and we didn’t talk to Cuba anymore. When Kennedy said this is the end of your shenanigans, that was the end.”

As part of the agreement the United States also withdrew missiles from foreign countries near Russia.

Zygmont remembers times where Americans had much more pride in their country, especially in major events like the Olympics. One moment in particular that came to mind was the United States’ improbable victory over Russia in 1980 in hockey. 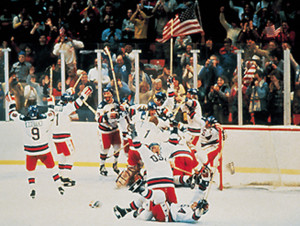 In the 1980 Winter Olympics in Lake Placid, N.Y. the United States faced off with the U.S.S.R. in the medal round game with the winner advancing to the gold medal game. The United States team was the underdog as the Russians were expected to win their sixth gold medal in the past seven tournaments. The United States trailed going into the third period of play, but rallied with 2 goals to take a 4-3 lead, which held up and was the final score. The game has been nicknamed the “Miracle on Ice”.

The game winning goal was scored by the captain of the U.S. Mike Eruzione. As the final seconds ticked off the clock, sportscaster Al Michaels delivered his infamous call.

“11 seconds, you’ve got 10 seconds, the countdown going on right now! Morrow up to Silk. Five seconds left in the game. Do you believe in miracles? Yes!”

“The U.S. had a good team but nobody cared as long as they beat Russia. If they beat Russia anything after that was gravy. That was pride in the nation,” said Francis Zygmont.

“Pride in the country. I think that’s what we’ve lost a lot of these days,” said Catherine Zygmont.