The Hello Girls are recognized a century later 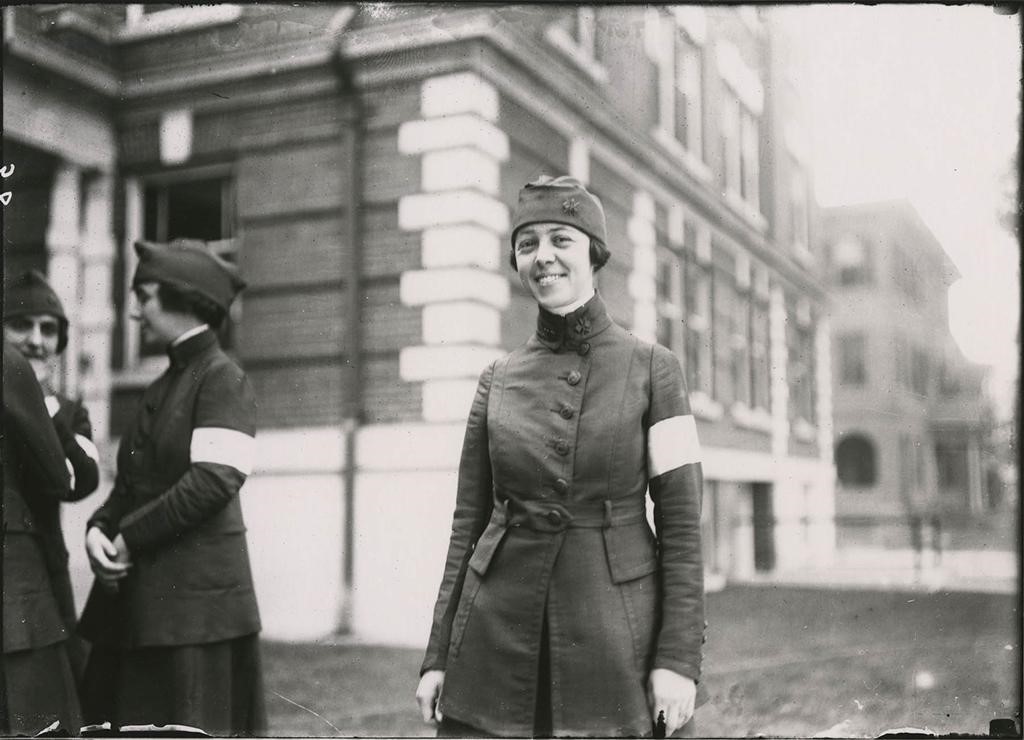 Victoria Bresnahan, a journalism student at Southern Connecticut State University, reported this story in 2018 as part of Journalism Capstone coursework on World War I.

They were some of the first female U.S. soldiers, but after World War I was over the country chose to forget them.

Helen Hill of New Haven was a Hello Girl, a woman who served overseas as a U.S. Army Signal Corps telephone operator.

“I wished to give my services in any capacity to the best of my ability, for my country in her time of need,” stated Hill on her military service record.

To learn more about Hill’s experience as a Hello Girl, click here.

The Hello Girls, who served as telephone operators in the U.S. Army Signal Corps, were trained in various locations, including Hartford, to quickly and efficiently connect calls overseas; 333 traveled to Europe.

“Women could connect roughly five calls in the time it took a man to complete one,” stated author Elizabeth Cobbs in her book, “The Hello Girls: America’s First Women Soldiers.” 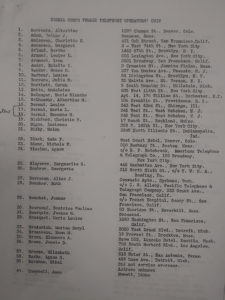 A note on the bottom of the National Archives’ list, states while the American Expeditionary Forces’ records indicate 333 women served overseas, only 225 are named on this list; 108 are missing.

“The thing is, the way this works the Army was busy, sort of, forgetting about these women for the most part,” said Cobbs, in a telephone interview. “So, their records, the Army’s records, are not super.”

Now, 100-years-later, a bill is being reviewed by the Senate to award the Hello Girls the Congressional Gold Medal for their service. The three Connecticut Hello Girls on the National Archives’ list will be receiving this award. However, only 223 women on the list will be acknowledged.

“Their rank,” stated a 1918 Hartford Courant article, “is similar to that of a sergeant major in the army, the highest non-commissioned officer.” 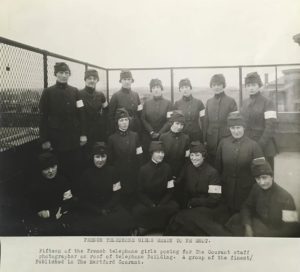 Photo courtesy: Connecticut State Library Some of the Hello Girls who trained in Hartford, Conn.

In Connecticut, about 20 women trained in Hartford and at least six members of the total group were Connecticut residents, according to a telephone interview from Connecticut State Library Project Director Christine Pittsley.

In August 1918, 12 women were training in Hartford, according to another Hartford Courant article.

“One could not talk with the young women who are undergoing ‘intensive training’ in Hartford but understand at once that these girls are thoroughly sincere and will be decided help in the big scheme of efficiency which will bring Germany to her knees,” stated the article.

Of the Connecticut women recorded on the National Archives’ list, Mary Isabel MacDonald of Hartford, Mildred Lewis of Bridgeport, and Elizabeth Roby of Meriden were included. Roby was granted the possibility to work in the royal telephone office in England, according to a 1918 Hartford Courant article.

“A short time ago, realizing that even though she is only a ‘mere woman’ there is room for her to do ‘her bit,’” stated the article. 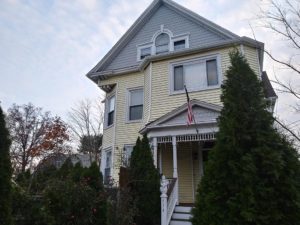