When blind family member disowns you for being half white, it’s a painful experience 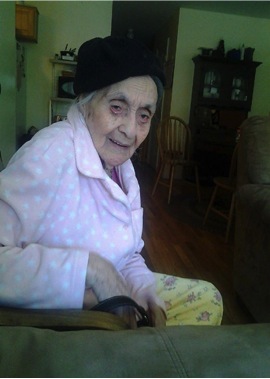 When a blind family member disowns you for being half white JACKSON, N.J.—Years of anticipation and sleepless nights had led to this moment—Sofia Velazquez was meeting her blind grandmother for the first time. She merely stood in the hospital room for five minutes before she knew she wasn’t welcomed there. As a tear rolled down her cheek, Velazquez had realized she traveled from Ponce, Puerto Rico to the U.S. just so someone she’d never met before could disown her for being half-white.

“My [two] sisters and I were the only mixed people in my entire family,” said Valezquez. “Coming from a Hispanic family, it was never acceptable to marry someone other than your own race, but my mother never listened to the rules.”

Sofia Velazquez, 102, said the most drastic change she’s witnessed over her lifetime has been how accepting the world has become to bi-racial people and interracial marriage.

“Don’t get me wrong, I still believe racism is an issue today,” said Valezquez. “But when a family member who can’t even see you and doesn’t even know anything about you disowns you for being half white, it’s a painful experience.”

Valezquez said her mother came from a family of wealthy landowners in Puerto Rico but had no support from her family after she [Valezquez’s mother] married an Irish man because her family expected her to marry a man of Taino Indian descent [the Hispanic descent her family was].

“Imagine growing up in a household that was crumbling around you in any way, shape or form that it could,” said Valezquez. “The food was just as scarce as the love I got from my grandmother—in fact, there was no love because I never knew who she was until the day I went to the hospital to meet her.”

As she walked the white, cold hallways of the hospital, Valezquez was ready to meet her grandmother for the first time and was hoping to finally find peace with a family member other than her two sisters.

Valezquez said her grandmother had become blind from old age and as she and her sisters explained who they were and how they were related, it was a shock to get turned down so quickly.

“After my grandmother found out we were white-blooded, she wanted nothing to do with us,” said Valezquez. “So we said our goodbyes and I unfortunately never saw her again.”

When Valezquez moved to the U.S. and started to get her life together, the truth started to come out about why her Taino Indian family had a hatred for white people.

“I learned years later that my family’s hate for white men was derived from a sexual assault that occurred in the family by a white man,” said Valezquez. “Despite the hatred, my mother decided to marry an Irish man anyway and that’s when my grandparents disowned her.”

Valezquez believes that if it weren’t for people like her mother, hatred for bi-racial people and interracial marriages would still exist today.

“It’s sad how people stereotype like my grandmother did,” said Valezquez. “Just because my family experienced domestic violence from a white man does not mean all white people are violent people.”

There are plenty of people in the world of different races who have committed rape but if you’re going to hate anyone, you should hate the individual who did it—not the whole race of the individual, Valezquez said.

According to the National Coalition Against Domestic Violence, on average, nearly 20 people per minute are victims of physical violence by an intimate partner in the United States and nearly 1 in 5 women and 1 in 59 men have been raped in their lifetime.

Although there may be more rape cases than there were in the past, Valezquez believes more people understand that these crimes are committed by all different types of races, not just one.

Valezquez also explains how it’s unreasonable to define a group of people by the action of an individual.

According to a Gallup Poll, 87 percent of people approve of black-white marriages today versus a 4 percent approval in 1958.

“It was impossible for someone to marry another person of a different race and not get judged or disowned for it,” said Valezquez. “Now, most families encourage it or don’t think twice about it, which is a great thing.”

Valezquez admires the couples who continue to make interracial marriages work, no matter who approves of it.

“Life is short and love is hard to find, even if you live to be 102,” Valezquez joked. “You should find someone you love for their heart, not how they look on the outside—and as long as you truly love that person, you should never let anyone tell you that you should be with anyone else.”

As Valezquez was walking out the door of her home, she stopped and pointed out the window and smiled at the young interracial couple holding hands, casually enjoying a walk around her block—just happy to be in love and alive, like Valezquez thinks it should be.