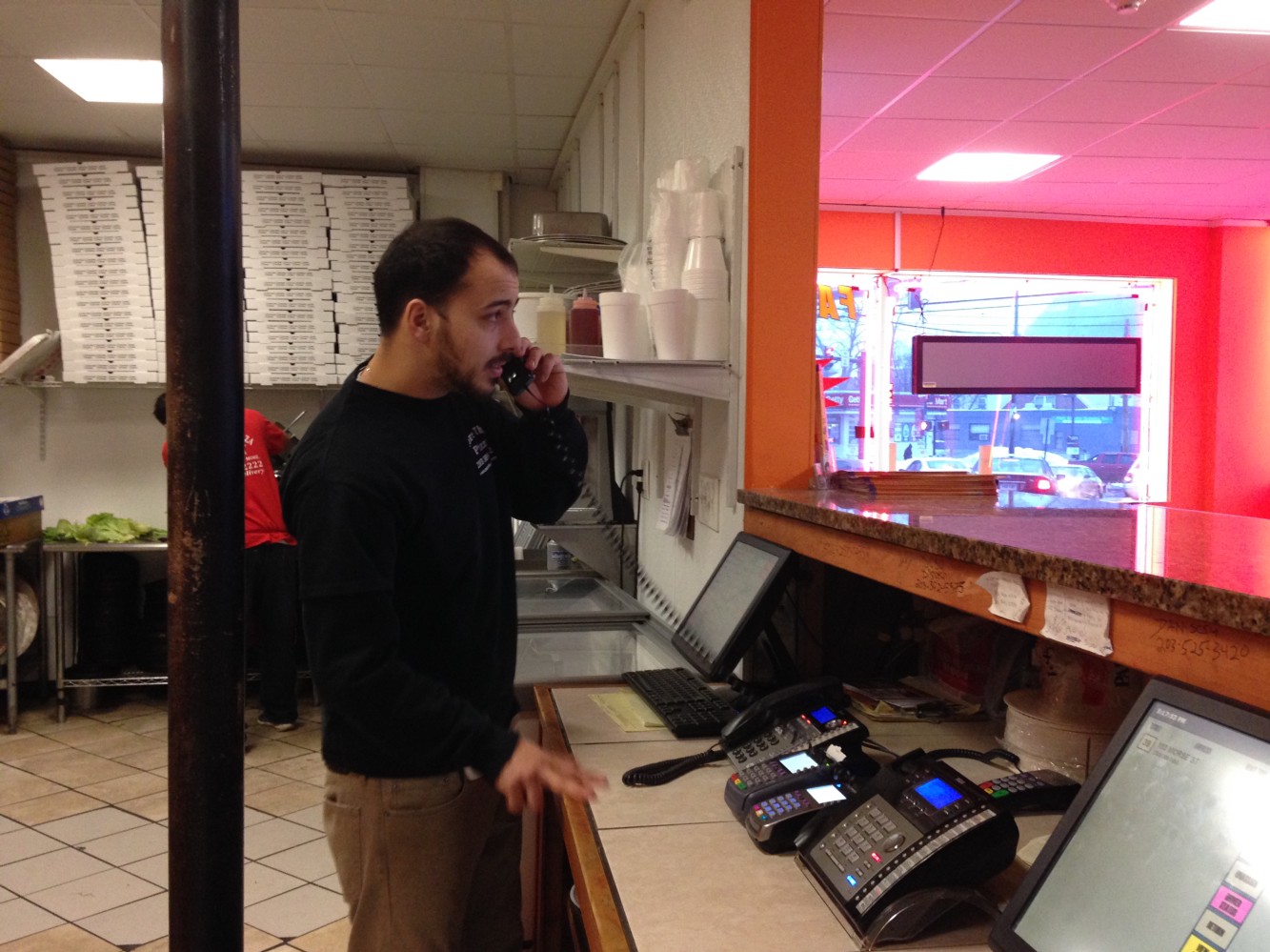 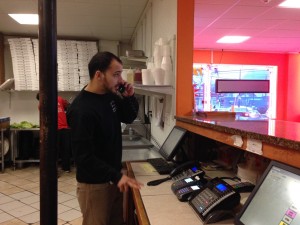 It’s a Thursday night, and Ugur Citlak is behind the counter at More Than Pizza, answering phone call after phone call.

The small take-out pizza restaurant on the corner of Blake and Fitch Street is illuminated by flashing neon lights and painted signs along the windows read “Open late,” “Fast delivery,” and “We accept Hootloot.”

On a regular Thursday night, delivery cars are going in and out of the lot all night in a rush to deliver orders before their food gets cold. 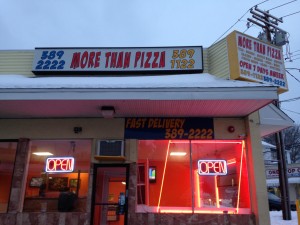 Unless order calls arrive within three minutes of each other, More Than Pizza delivers each one by one, according to Citlak. Instead of leaving food and waiting for other orders to finish, workers immediately rush it out while it’s still fresh out the oven.

More Than Pizza has been around since 1998, initially located where its current close-by competitor, Pizza Heaven II, sits on Blake Street. More Than Pizza moved to the corner of Blake and Fitch street to be in the middle of a bustling intersection. Cars pile up outside at the stoplight, and lights from the restaurant shine onto the vehicles. The walls on the inside are bright orange, to match the bright fluorescent window lights, with a television yelling the local news to whomever comes in to grab their order. 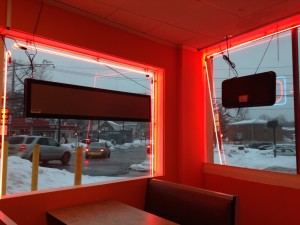 Interior of More Than Pizza

Local businesses fill most of their orders during lunch period on weekdays.

Mehmet Citlak, Ugur’s father and the owner of the restaurant, has been in the profession of food preparation for 25 years.

“I worked as a chef at a small diner in East Haven for many years. I opened More Than Pizza so I can run a food business on my own,” Mehmet Citlak said.

In 1990, Mehmet Citlak moved to New York City from Turkey, where he grew up. He came to the United States to start a family with his wife, who moved here before he did.

“I worked at a pizzeria in New York for six to seven years before we decided to come to Connecticut,” said Mehmet. 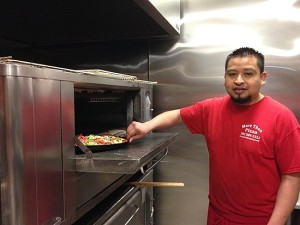 Antonio Moran puts a tomato, broccoli and red pepper pizza in the oven.

Although More Than Pizza is small like any take-out restaurant, the bright outdoor and indoor colors command attention from the street.

Ugur Citlak said that come spring, the landlord for the plaza is planning on repaving the lot and opening up a new business in place of Shopper’s Haven. Citlak said that he hopes the updated look of the plaza will attract new customers. More Than Pizza is one of the few businesses where there is a clear view of the storefront from Blake and Fitch, while the other stores hide from immediate passing view.

Another noticeable feature that the Citlaks take pride in is the cleanliness of the restaurant.

“My father is strict about keeping the place clean,” said Citlak. 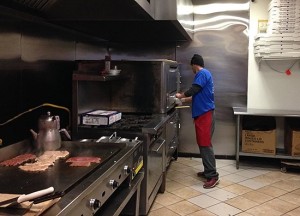 Other than keeping the restaurant tidy and pleasing to the eye, the Citlaks insist the quality of the food is most important. Unlike most small take-out pizzerias, Citlak said, More Than Pizza makes the dough and sauce fresh usually every day. The pizza sauce takes six got seven hours to cook.

“I like to try pizza from other places to compare. I can always tell when they don’t use fresh sauce,” said Citlak. “We don’t buy cheap basil sprinkles either; we always use fresh basil and parsley.”

As promised in its name, More Than Pizza has a wider menu, including onion rings, milk shakes, salads, wraps and burgers.

“I always order burgers from More Than,” said SCSU sophomore Erin Kelly. “They’re juicy and delicious. They’re also the only place I know around here that puts mayonnaise on their burgers.”

Cirlak said that he hopes customers will know that if something at More Than Pizza costs a little more than the competitors, it’s for a reason.

“I don’t think anyone in the area compares to our food,” he said. “It’s the best you can get for the price.”