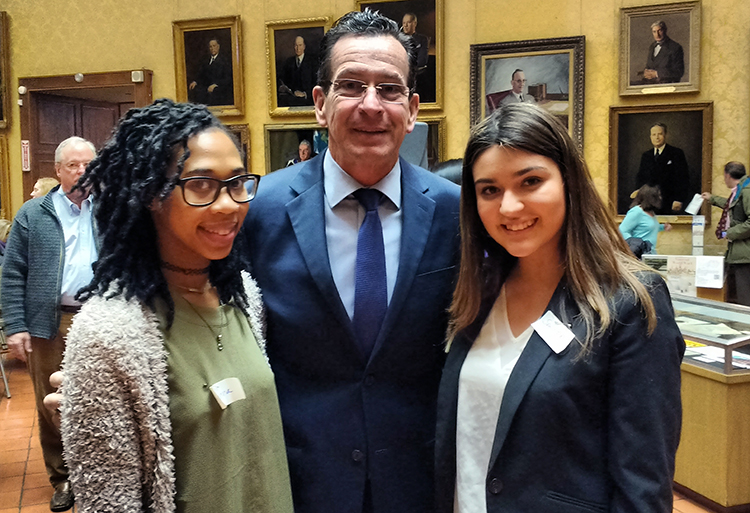 Southern journalism students presented their work to state officials and the public at the Connecticut State Library on April 6 on the 100th anniversary of the United States entrance into World War I.

The April 6 event featured an address from Gov. Dannel P. Malloy and other state officials. Walter W. Woodward, the Connecticut state historian, was among the speakers.

Before and after the address, a variety of groups that have participated in the project presented their work at tables in Memorial Hall at the Connecticut State Library. 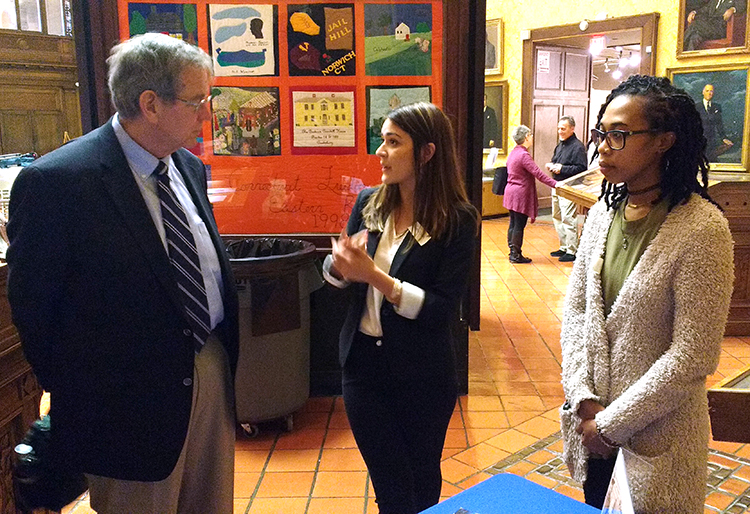