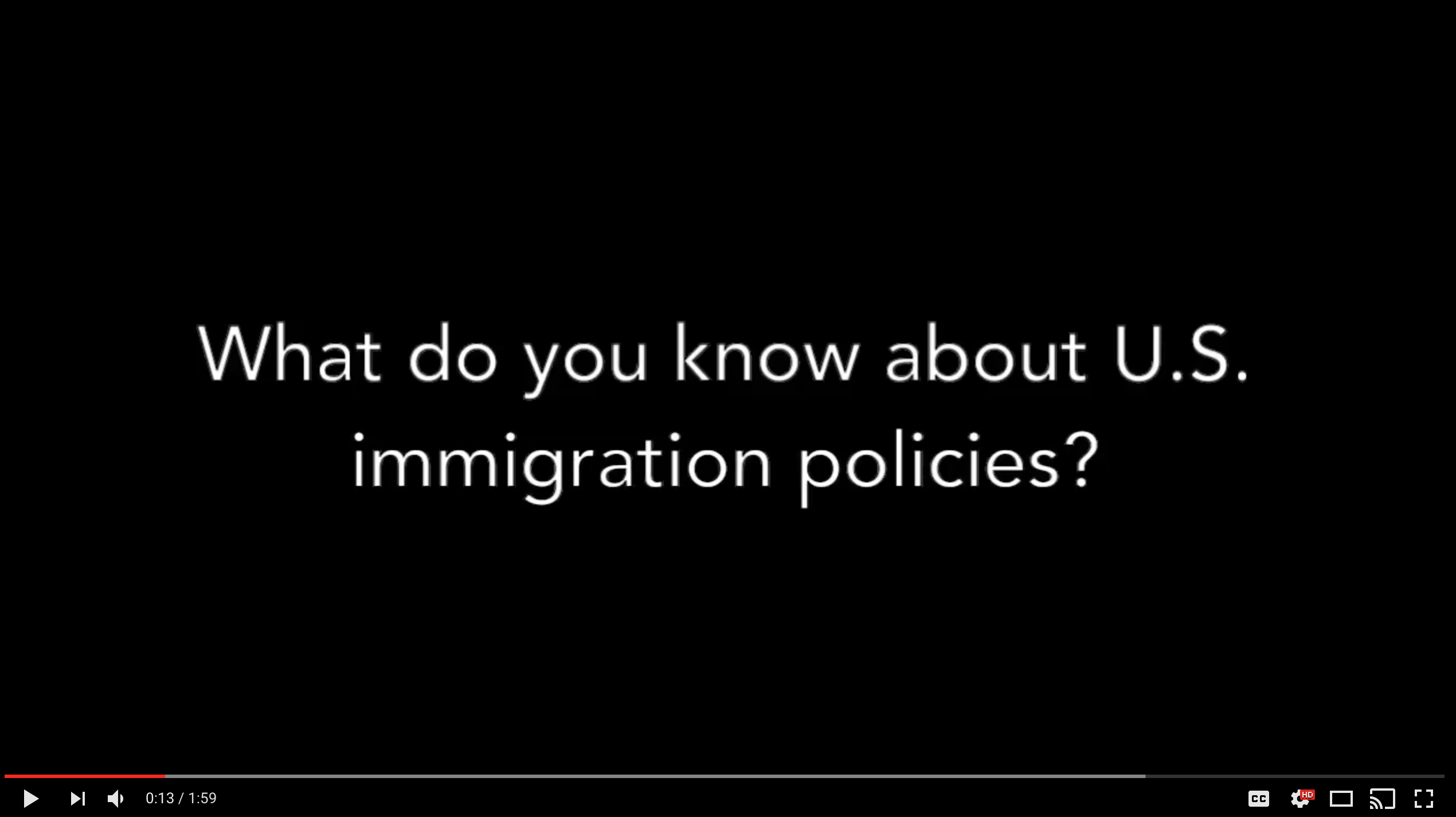 This story was reported by Ali Sorbara and Mary Rudzis as part of Southern’s Multimedia Journalism course taught by Jodie Mozdzer Gil.

Immigration is a hot-button issue right now, and many people have admitted they have trouble keeping up with news on immigration policies and how the system works. Students at Southern Connecticut State University are no exception, with some admitting that they stay away from the topic altogether.

A Gallup poll revealed that 38 percent of those surveyed believed that the rate of immigration should be decreased. Immigration is a polarizing topic, but the students interviewed had a generally liberal view on immigration policies regardless of how much knowledge they had as to what those were. Some students chose to disregard any information or news regarding immigration policies by their own choice, while others only knew small amounts of information and found it confusing or were displeased with what they did know.

“I would say I’m not a fan of our current immigration policy,” said Josh Labella, a junior history major.

One student, Kayleigh Paskiewicz, mentioned how she thinks the travel ban was wrong and felt that it was not well thought out, a sentiment shared by many critics of the ban. She stated that she felt it was “racial and religiously motivated.”

Overall, while students did not have a lot of information about immigration policy, they all shared a similar view. Not only did they all have negative feelings towards how immigration is currently being handled, but they were also all sympathetic or at least hopeful that there would be some sort of change in the system in the future.

Labella said that those who study immigration policy and put it into place should make it easier to go through.

“These are people,” said Labella.