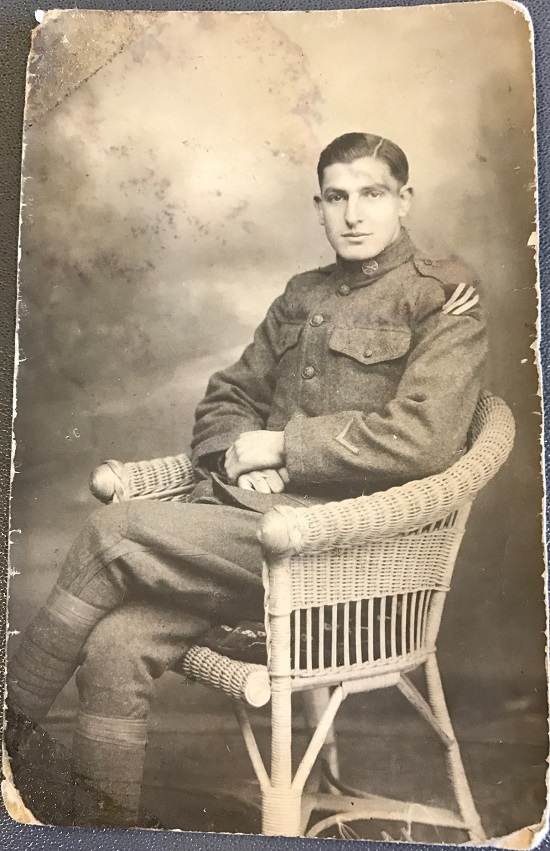 Trapped in a trench, under heavy machine gun fire during a battle in France on July 18, 1918, Pvt. Nicholas Palermo decided to sacrifice his own life to save others.

Facing three machine gun teams, Palermo left the trench, and was able to take out the German soldiers manning two of the guns before being killed — an action that later rewarded him with the Silver Star for valor during battle.

“He decides on his own and goes over the top at the German machine guns,” said Palermo’s nephew, also named Nicholas Palermo, of North Haven. “He wipes out one of the machine guns as a hail of bullets go by. He goes to the second, more hail of bullets goes by and he gets hit a couple times, but knocks that one out. He goes for a third, and almost puts it out of operation, but too many bullets hit him and he got killed.”

Nicholas Palermo accepted the Silver Star award on behalf of his uncle in 1988 — some 70 years after his death. That same year, his uncle was also awarded the Purple Heart.

“My uncle Nick was a true hero,” said Nicholas Palermo.

Lying about his age, Palermo enlisted at 16 and was assigned to the 16th Infantry Regiment of the 1st Division.

Nicholas Palermo’s father, Dominic, also served during World War I. In fact, he was serving 17 miles away in France when his brother died during the machine gun fight.

Nicholas Palermo, like his relatives, enlisted in the military, serving in the Korean War.

“It’s very important for us to keep the tradition going,” said Nicholas Palermo. “We have a lot of members in of our family in the military. We can say we’re a military family.”

The family is especially proud of the Silver Star that Nicholas Palermo’s uncle earned, and were present at the ceremony in 1988 when it was awarded.

“It was a really nice ceremony,” said Palermo. “We were really proud of the day.”

Nicholas Palermo recalled some of his speech he made accepting the award.

“It’s just too bad, I would have rather just had him here today and living,” Palermo recalled saying. “It just wasn’t meant to be.”