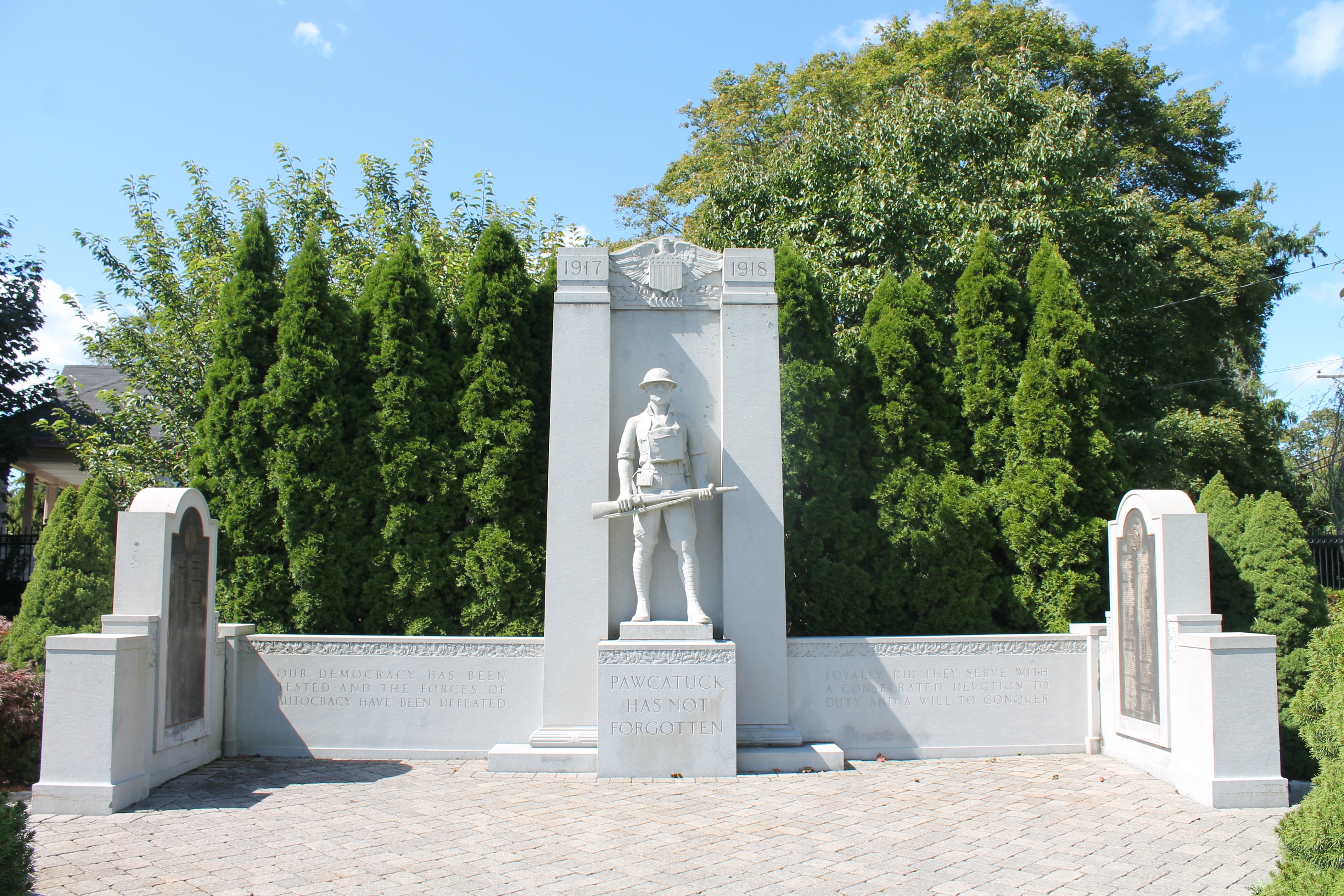 Sitting at the top of a hill, looking out over the Pawcatuck section of Stonington and Westerly, R.I., a World War I doughboy carries his gun, and looks out over a sprawling stone monument and landscaped surroundings.

Currently, the Pawcatuck Fire District owns the monument and surrounding land. The monument sits right in the middle of a fork in the road, with houses behind it. There used to also be trees behind it, until about six years ago according to Erskine there was a fire nearby and the insurance companies recommended the trees be taken down.

According to Chief Kevin Burns from the Pawcatuck Fire Department, the landscaping and maintenance of the monument costs about $500 per month, about $6,000 per year. The statue monument stands at 25 feet tall, and 33 feet wide, and is then surrounded by a grassy area and a small walkway leading to an American flagpole.

“Once years ago there was a problem with the bayonet of the gun, and that got repaired in the late ’80s,” said Burns. 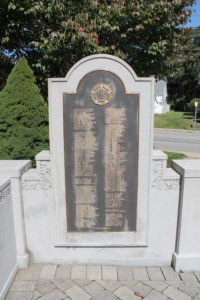 The bayonet of the gun was broken off and the crime was never solved. An earlier incident of vandalism occurred in November 1949 when the entire monument was covered in lipstick. The lipstick was removed, but no one was charged.

The monument includes the names of all men who died in service during the war.

Engraved on the stone wall adjacent to the statue is the inscription: “Our democracy has been tested and the forces of autocracy have been defeated,” and “Loyally did they serve a consecrated devotion to duty and a will to conquer.”

The monument ended nine years of debate and planning.

In a 45-page book written by Elias Hinckley, called “Pawcatuck in Olden Times,” he promotes the idea of a monument made of “lasting granite.” This book was written in June 1926, chronicling the history of Pawcatuck becoming “a desirable place of abode.” Hinckley, who was the town clerk, said on the very last page of his book that a monument “will remind us that Pawcatuck has a record of 100 percent of loyalty and patriotism for that old flag.” 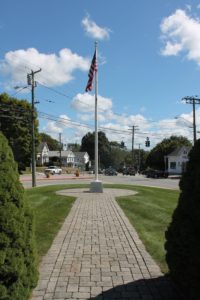 On Nov. 12, 1927, almost exactly nine years after the war ended, Pawcatuck  dedicated the memorial. It was designed by Louis Whitehouse and constructed of granite, from in Westerly. At the time it cost about $15,000 to build.

Twice a year on Veterans Day and Memorial Day, Pawcatuck has a parade that begins at the Pawcatuck Shopping Center and ends at Wilcox Park, over the state line in Westerly.

“Pawcatuck and Westerly are so close and people say you know we’re two states, but one community,” said Dave Erskine, a director at the Stonington Historical Society.

After the parade begins, it pauses at the monument, and again at the Pawcatuck River Bridge to honor veterans before finishing at the park, where a ceremony is held. When the parade stops at these two spots, speeches are made by Pawcatuck VFW representatives. 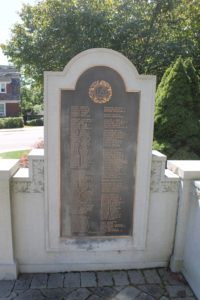