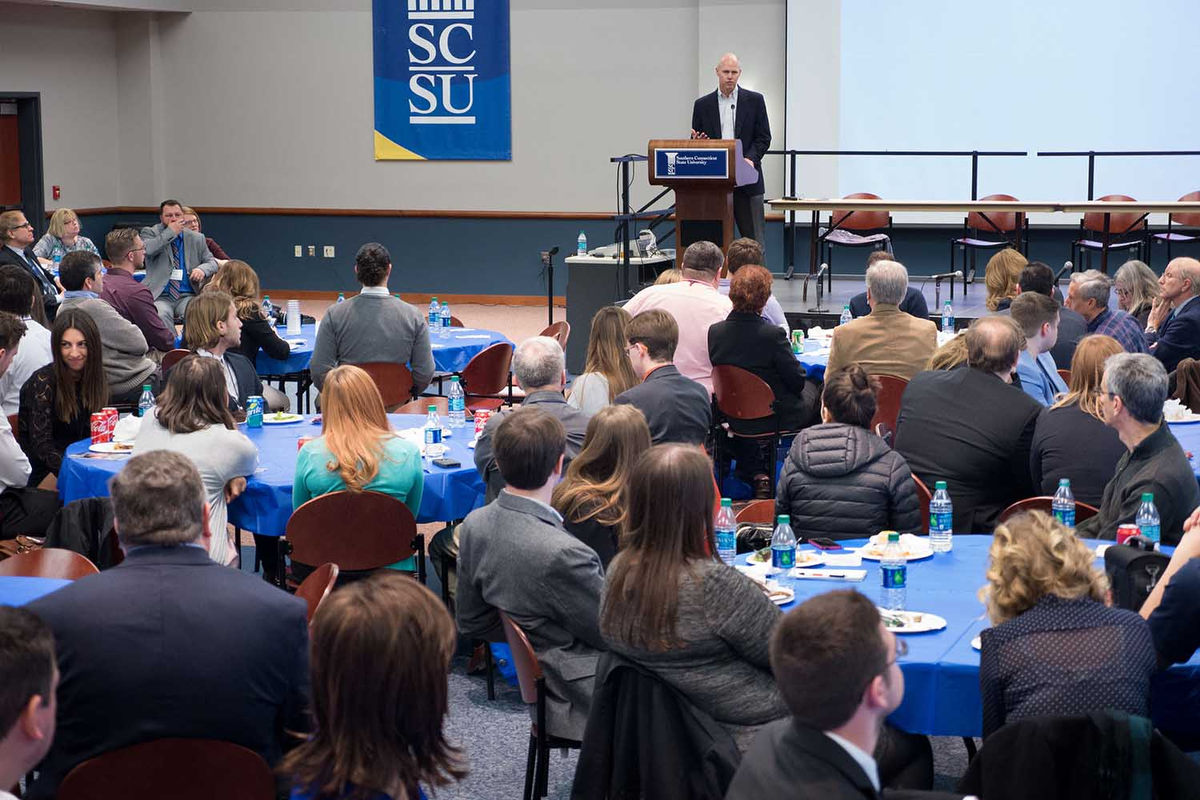 The conference was co-sponsored by the SCSU SPJ chapter and the Connecticut Pro Chapter of the Society of Professional Journalists. 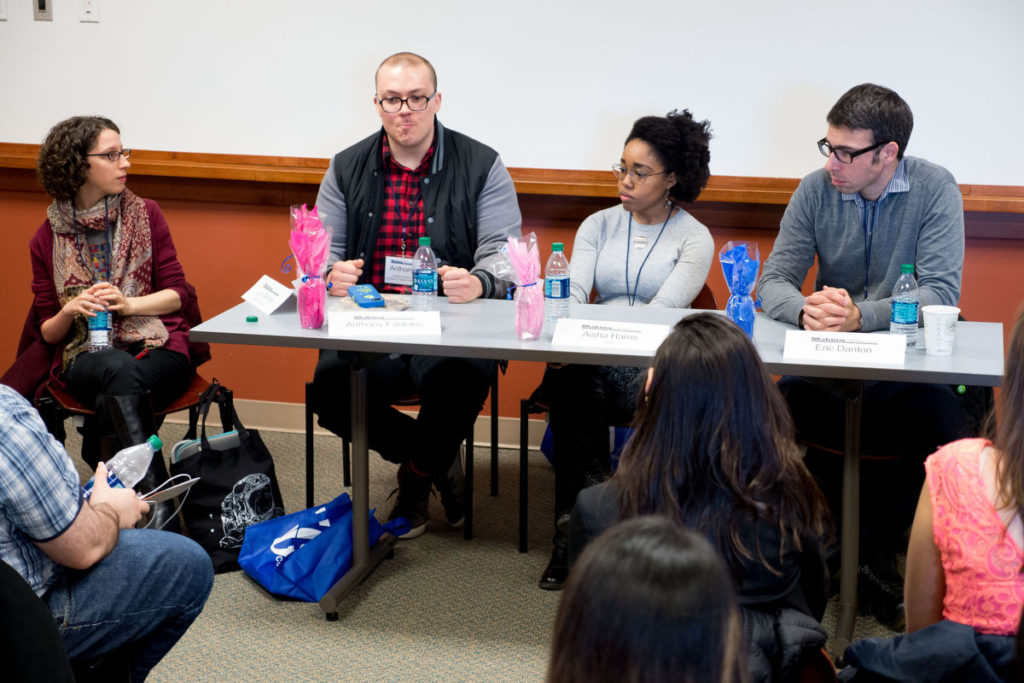 The conference attracted journalists and students from New England and the tri-state area. One student traveled from Cairo, Egypt to New Haven to receive an award in the Mark of Excellence student journalism contest Saturday. 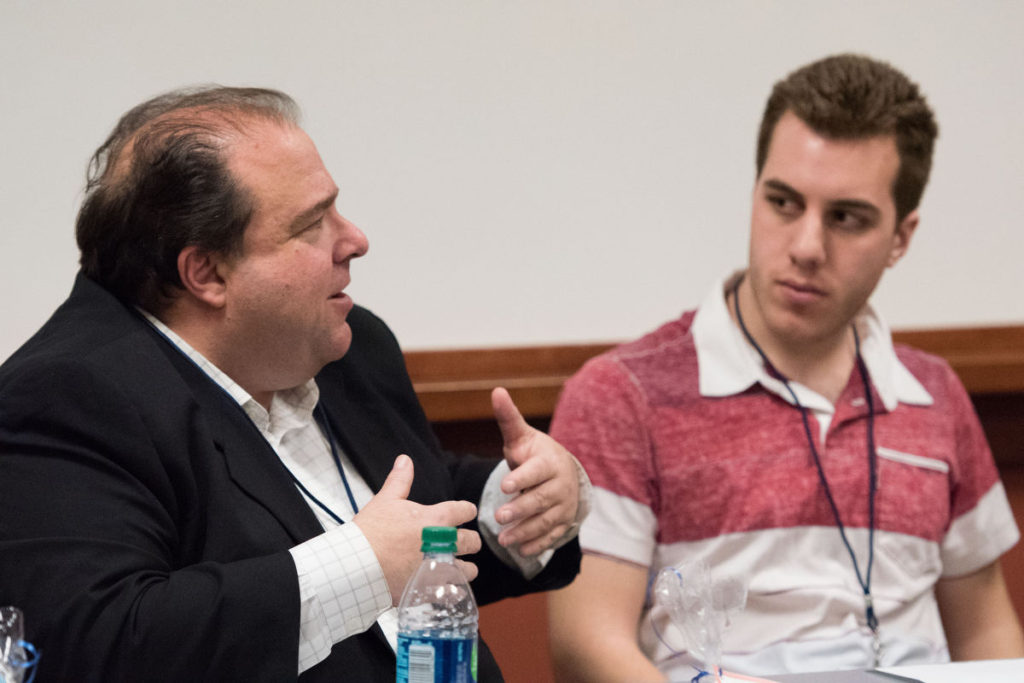 Dom Amore, a Hartford Courant reporter, and Dan Zumpano, the sports director for WSIN radio during a Friday April 8, panel session at “Making CONNections” a Regional Journalism Conference at Southern.

Students in the SCSU SPJ chapter organized two of the panel discussions. One focused on how to work with college coaches and sports information directors when covering college sports; The other covered free speech issues on college campuses.

Faculty members and adjunct instructors in the Journalism Department moderated several of the workshops, and Southern alumni were part of four of the panels.

So you want to transition to teaching? | Cindy Simoneau, Journalism department chair

Would you quit over ethics? | Jerry Dunklee, professor 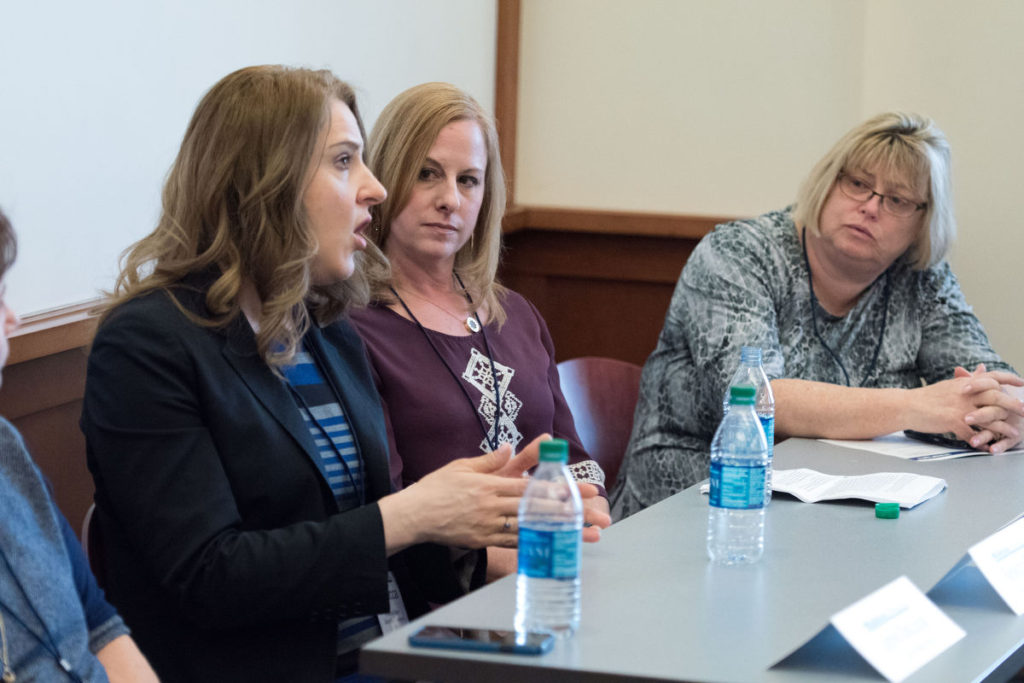 The conference attracted media coverage in the New Haven Register, the CTNewsJunkie and on CT-N.

All photos by Vern Williams.