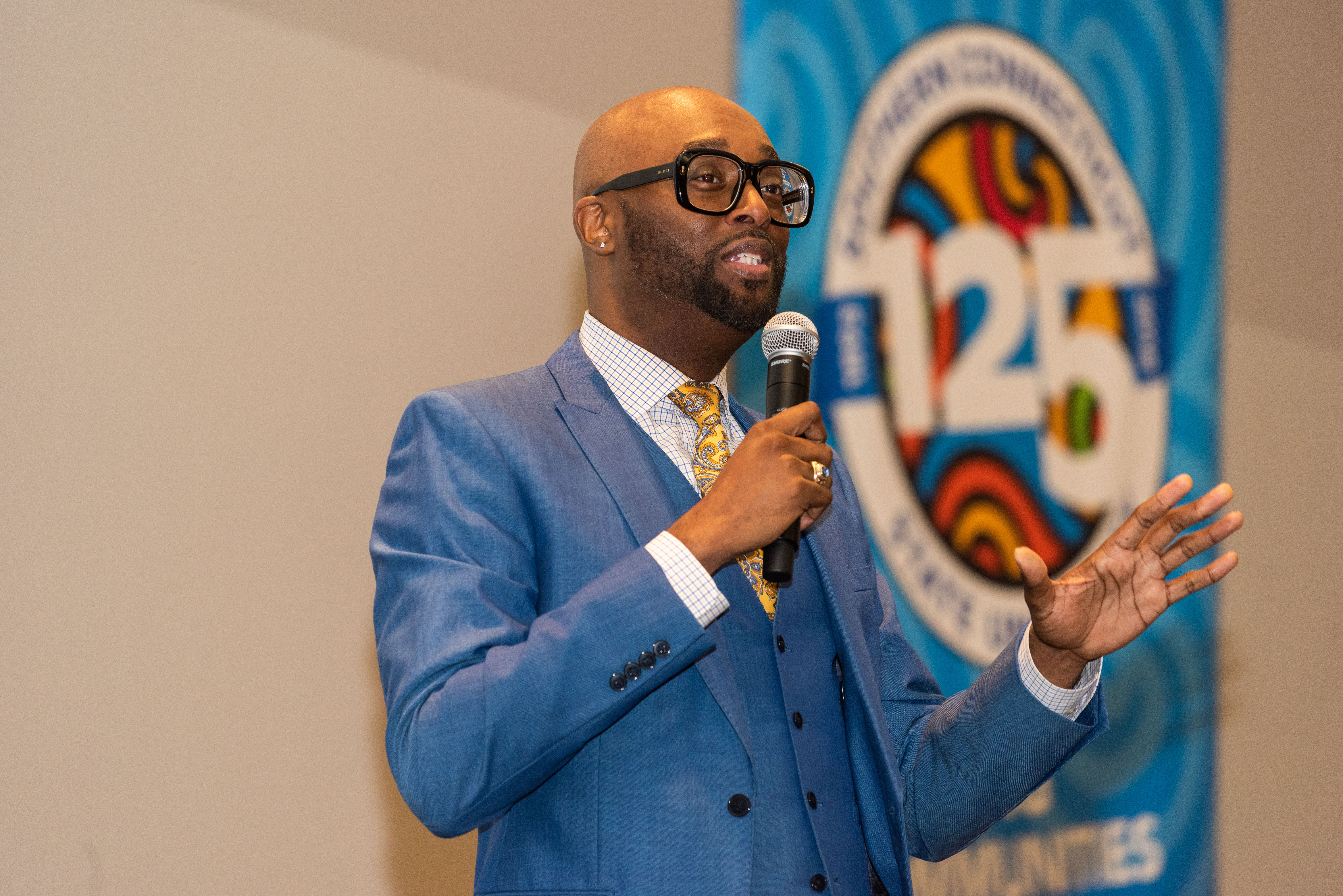 People in power are held to a higher standard — and journalists are tasked with informing the public when those people fall short of their responsibilities.

“A lot of times, it’s the people in the media on the front lines holding these people accountable,” said Mario Boone, a reporter for WTNH News in New Haven. “The media, our role is to step in and shed a light on those instances where people might stray away from what their core value is, whatever that profession may be.”

High School Journalism Day is held each year to expose students to the journalism industry and working journalists. It is part of the mission of the SCSU Journalism Department to help contribute to the growth and preparation of future journalists in the state.

“Freedom of Information,” Boone said. “You guys should get used to hearing that. It’s going to be your best friend if you’re a journalist.

Boone, who recently announced he would be leaving WTNH, has previously worked for stations in North Carolina and Florida. He also spent several years as a promotion officer, supervising violent felons and arresting fugitives.

He has always had a passion for journalism, he told the students.

“My first falling in love with journalism was reading the newspaper every day as a kid,” Boone said.

Though the other children “called me a nerd,” Boone said he “found the newspaper to be fascinating.”

He advised students looking to get into the career: Be honest and persistent.

“As a journalist, we need to always tell the truth,” Boone said.

Journalism “is about seeking truth. It is about holding the powerful accountable,” Boone said. “Really, it is about being an advocate for those who do not have a voice.”