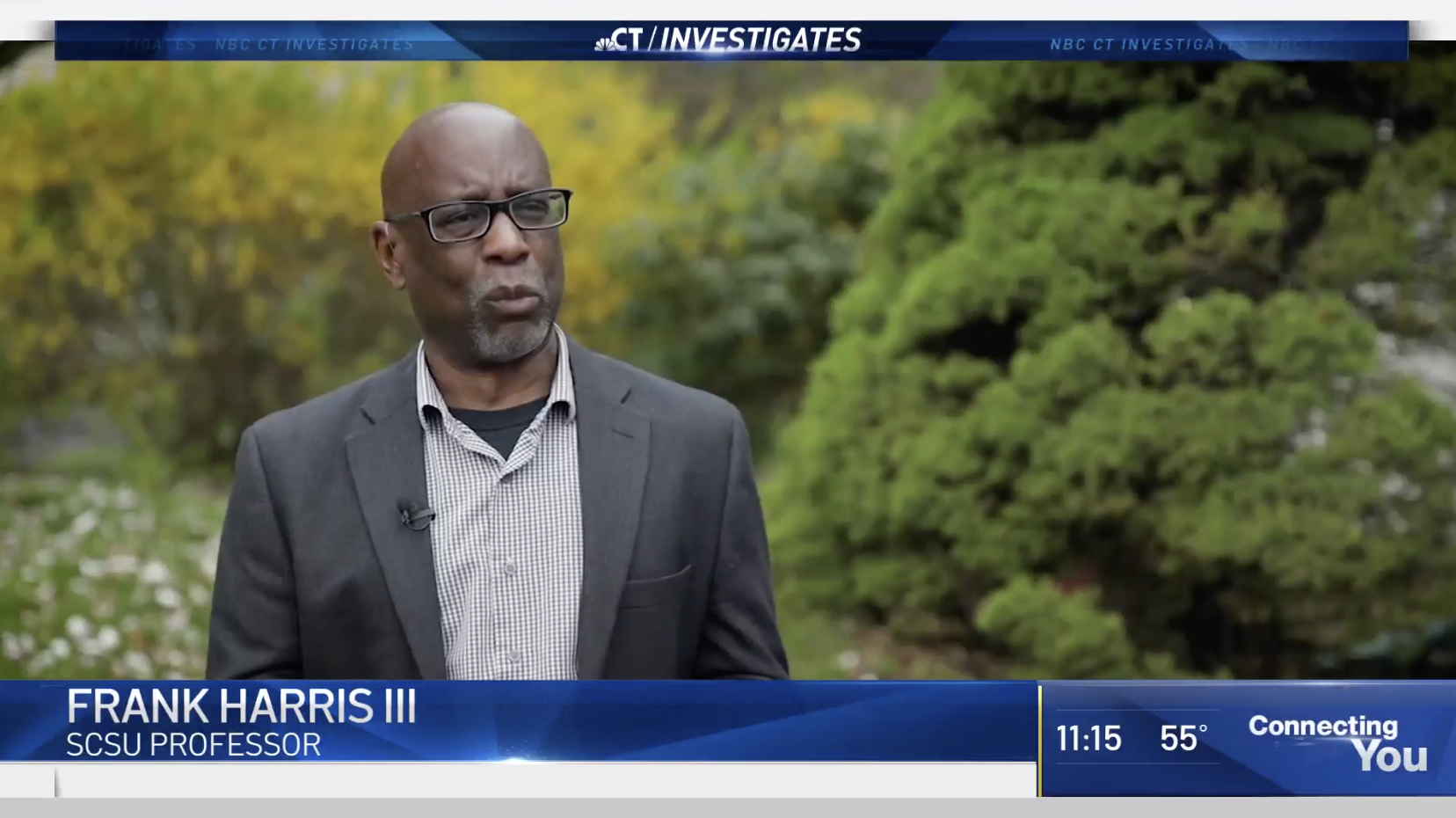 Professor Frank Harris, III offered insights into his research on the N-Word and the 400th anniversary of slavery in America for recent news coverage in the New York Times and NBC 30.

Harris contributed a letter to the editor to the New York Times, published May 9, reacting to an opinion piece the newspaper published about the use of the N-Word. Harris weighed in on the April 30 essay, “How the N-Word Became Unsayable,” drawing from his own research into the use of the word.

“I welcome the word becoming unsayable and unwritable in our everyday vocabulary by everyone,” Harris wrote. “That said, as John McWhorter exemplified in his essay, sometimes the word needs to be written and spoken — for educational purposes.”

Harris’s research on the topic includes a full-length documentary that features interviews with Americans about their own experiences with the word. The full video is posted below.

Harris was also interviewed for an NBC 30 story about a Central Connecticut State University professor’s letter to local educators criticizing the New York Times’ feature, “The 1619 Project.” The project highlights the 400th anniversary of the beginning of slavery in America. The story was broadcast on May 5.

Harris has researched the topic, and created a website, “The 400th,” as well as a short film, seen below.