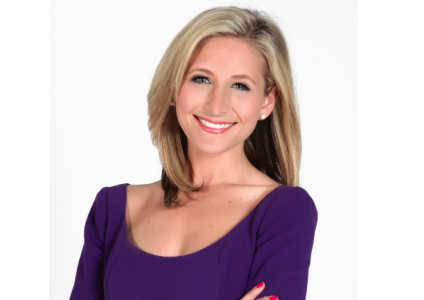 Jenn Bernstein, an anchor and political reporter for FOX 61 News, will give the keynote address at the 33rd annual High School Journalism Day hosted by the Journalism Department at Southern Connecticut State University.

Bernstein worked with Fox 61 from 2010 – 2012, and joined the station again in 2014. In 2015, Bernstein won an Emmy award for her story “Anatomy of an attack ad,” which analyzed campaign messages during Connecticut’s contentious gubernatorial contest. She has also been nominated for an Emmy for her series of stories on bullying in schools.

Bernstein, a native of Simsbury, has also worked at a CBS affiliate in Philadelphia, where she reported on the aftermath of the Penn State sex abuse scandal. Her work has included coverage of Hurricane Sandy, Hurricane Irene, the blizzard of 2010 and the October snow storm in 2011.

The SCSU Journalism Department hosts High School Journalism Day each year to expose students to the journalism industry and to working journalists. It is part of the mission of the department to help contribute to the growth and preparation of future journalists in the state.

To register for the event, please fill out the form below.

A list of recent speakers can be found here.