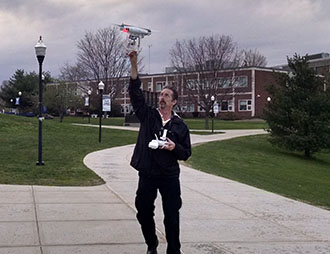 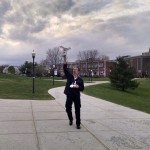 Journalists should be experimenting more with drones in their reporting, a drone expert told a group of Southern Connecticut State University journalism students April 30.

Sachs has been flying drones for the fire department in Branford since 2013, and has studied the legality of drone flights. He demonstrated the capabilities of his DJI Phantom 2 Vision+.