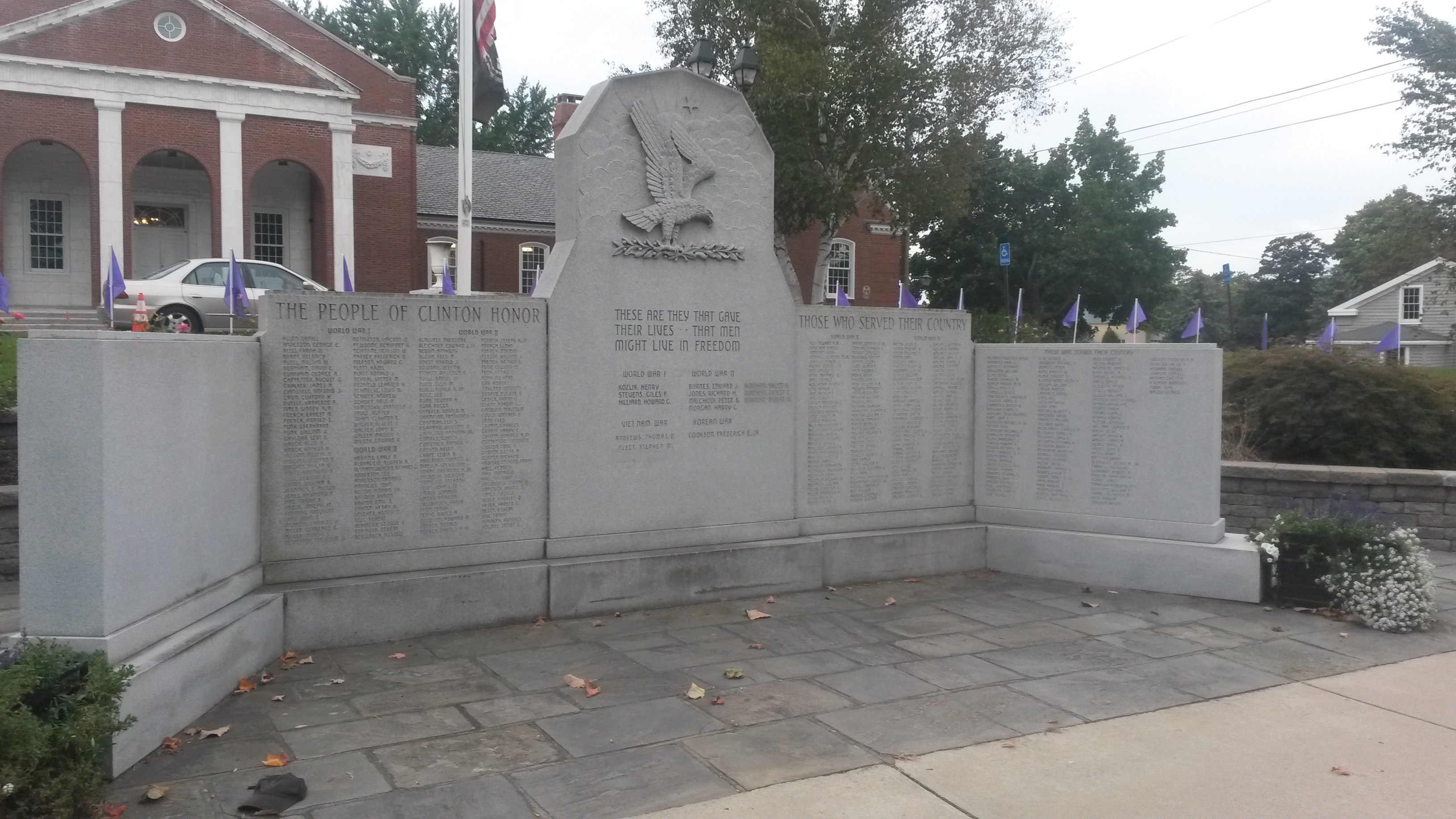 Daniel Zumpano, a journalism student at Southern Connecticut State University, reported this story as part of Journalism Capstone coursework on World War I.

Clinton has honored its veterans with a monument erected in front of the Andrews Memorial Town Hall for the last 70 years.

There are not many alive today who were there, Nov. 13, 1946, to witness the dedication, parade, banquet and ball that took place when the town welcomed home many of its World War II veterans.

In attendance that day was state Cmdr. Louis J. Chevallier of the American Legion, Thomas Wall of the Marine Corps League, Maj. Ralph Powers, who was representing then-Gov. Raymond E. Baldwin, and hundreds of residents, according to a 1946 article in the Clinton Recorder.

At 2 p.m. a line of between 30 and 40 floats formed a nearly mile-long parade. This preceded a dedication ceremony and a banquet dinner inside the Town Hall for the veterans and distinguished guests. More than 200 people, including the parents of the four soldiers who lost their lives during World War II, lined the halls for a turkey dinner two weeks before Thanksgiving Day.

To finish, all of the guests participated in a ball consisting of an orchestra and a grand march that ended sometime past 11 p.m.

“There is a great sense of history in town,” said Charlotte Neely, librarian for the Clinton Historical Society. “It’s exciting. Some families have multiple family members who fought in multiple wars. It is impressive to see.”

The monument was pursued by town officials after the idea was put forward in May 1945 by the Cockaponsett Tribe No. 77 Improved Order of Red Men.

It was built and designed by the Fox-Becker Granite Co. of Middletown and is made of Barre granite.

In November 2008, the Clinton Administration’s Veterans Affairs Committee partnered with the Clinton American Legion Post No. 66 to push for two additional granite slabs to be added to each side of the monument in order to increase the space for names to be added for veterans of the Gulf War and the wars in Iraq and Afghanistan.

The funding for this project was pushed by former First Selectman Willie Fritz and was completed in early 2009.

“They came in and had tried to get this done in the past with some resistance,” said Fritz. “I supported it wholeheartedly and we did run into a little opposition at the Board of Finance level, but ultimately we got the money approved and we worked with them.”

The Getty Granite Co. from Salem, Connecticut provided the granite in eight pieces, according to a 2008 article in the Harbor News.

Clinton Department of Public Works along with local business Schumack Engineered Construction were responsible for the installation and the back of the memorial was also smoothed out and widened.

The monument continues to be a testament to those who served and died and is one of Fritz’s proudest accomplishments as first selectman.

“I have a great uncle that fought in World War II. Money was never an object for me. We wanted to honor the men and women from years past who served our country,” Fritz said.

To view a full list of the names on the memorial, click here to view a PDF file.