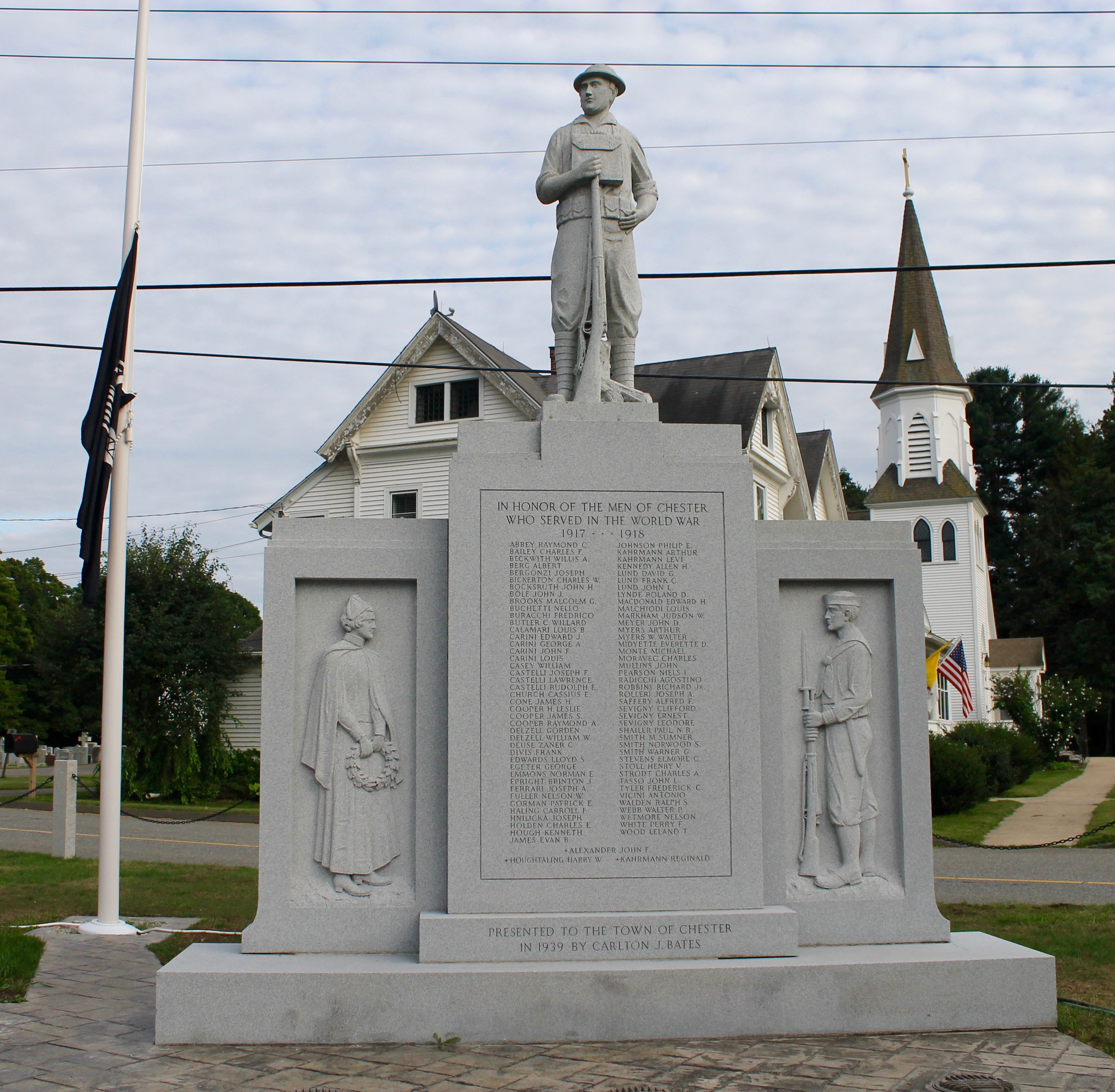 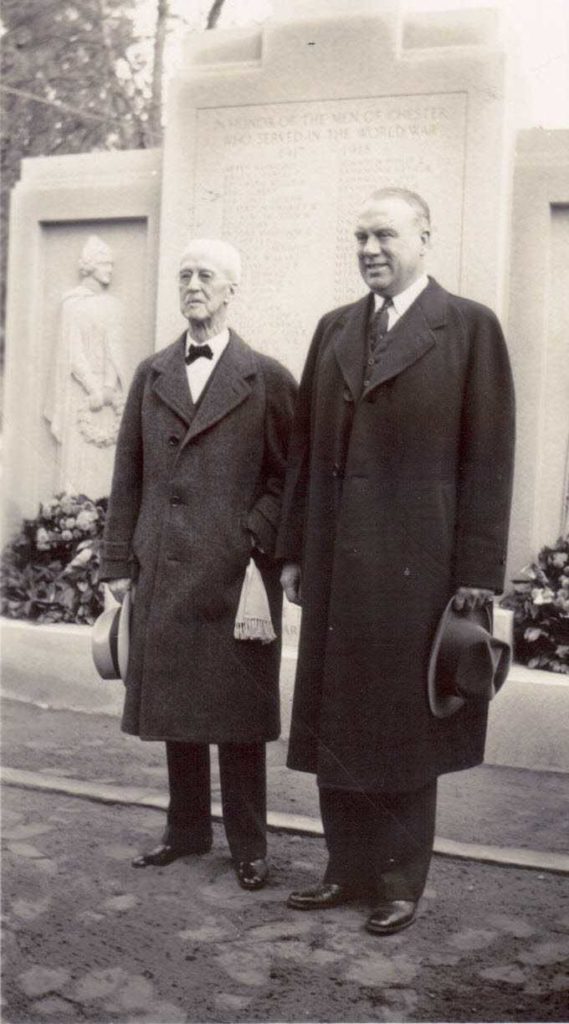 Carlton J. Bates and Gov. Baldwin standing together at the dedication ceremony of the World War I monument on Oct. 21, 1939.

Kaitlyn Regan, journalism student at Southern Connecticut State University, reported this story in 2018 as part of Journalism Capstone coursework on World War I.

Chester resident and business owner, Carlton J. Bates donated the World War I monument as a gift to the town.

According to the Chester Historical Society, C.J. Bates and Son Inc. was a major employer in Chester for 119 years. In 1907, it manufactured knitting needles and manicure sets.

The monument was dedicated on Oct. 21, 1939. Five hundred people were present for the ceremony which included Governor Baldwin. First Selectman J. Albert Berg accepted the monument as a gift. The site the monument was deeded by St. Joseph’s Church located at 48 Middlesex Turnpike in Chester.

At the time of the ceremony, Bates was 90 years old and his son, Hamilton C. Bates, assisted with the presentation.

The 15-foot high granite monument features a 6-foot Doughboy on top. On the left panel of the monument is an etching of a Red Cross nurse: on the right panel; a depiction of a sailor.

A special town meeting was held on Friday, April 21, 1939 to consider accepting a memorial in memory of the men of Chester who served in the American land and naval forces in the World War, a gift by Carlton J. Bates to the town of Chester, according to town meeting minutes.

It was voted that a sum of $100 would be appropriated to meet incidental expenses dedicating the World War I Memorial.

The monument is not the original WWI Chester monument. Miceli said in 1918 a wooden memorial was built to honor those who participated in the war. 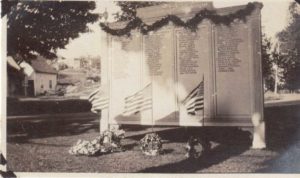 Chester’s 1918 wooden monument created to honor those who served in World World War I.

Sumner said the support the Post has received toward the monument is positive and enables the Legion to surpass its fundraising hopes.

“We were looking for $6,000 for a project and the townspeople were quite supportive,” Sumner said.

Chester’s American Legion Post, HAK, is named after the three men killed in action during World War I: Harry W. Houghtaling, John F. Alexander, and Reginald Kahrmann. Next to their names are asterisks to indicate they were killed in action.

On Nov. 11, 1918, the last day of the war, Corp. Houghtaling was killed in action and amoung the first to enlist from Chester to enlist in the army.  Houghtaling worked for C.J. Bates & Son before the war.

“You could see he’s facing the doughboy as he stands up there,” Sumner said. “I think that’s quite unique.”

Whenever a local veteran passes away in Chester, Sumner said, they lower the flags at the monument and raise a flag coordinating to the person’s branch of service. The flag is raised from the time of their death until burial.