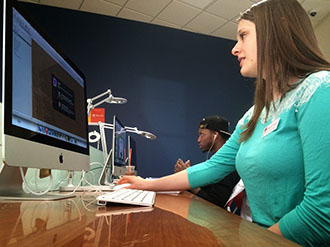 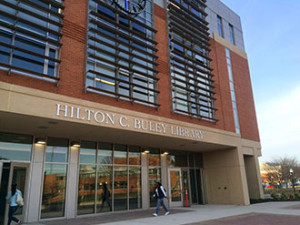 NEW HAVEN, Conn — With all the new technology being added to the new addition of Buley library, John O. Young, Director of IT Support Services, reminisces about his 38 years at Southern and how he’s seen first hand how the library has expanded technologically over decades.

“There was only one computer on campus then,” Young said. “It was probably the size of these two offices put together, and probably less powerful than a phone today.”

Young said the Computer Services center was located in the basement of the library back then.

“I’m not a librarian,” said Young. “But I can see how the model is shifting more towards digital resources than printed resources.

Young believes that the ability to use several different kids of devices to access all of those resources is very important.

“For a student to be able to walk into the library and not only have access to the printed materials but the digital journals through their own laptops, increases the mobility of access,” said Young.

Maggie Federico, a senior business major, said she always preferred studying in the library, and the new addition opening only makes her want to spend more time there.

“I think that they did a really good job of incorporating the Macs,” said Federico.

Though she prefers using her PC or bringing her laptop to the library to work, Federico said the new computers and their software will help people in majors that need it most.

“It is interesting they didn’t put more PCs,” said Federico. “But it’s because that is where technology is going now, and Macs have the capability to do more.” 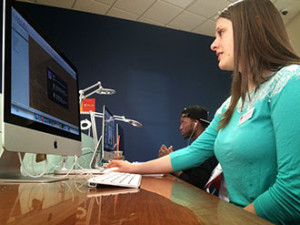 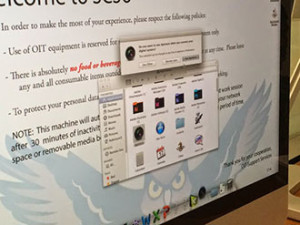 In Young’s opinion, making sure the technology was up to standard for SCSU students was a team effort and the modern ways in which students are now learning, helped build the library to what it is today.

The new addition opened for student use on March 19, 2015, and came equipped with two new computer lab areas as well as several classrooms, seminar, student meeting, and tutorial rooms.

Kristina Piper, senior Nursing student, said she has never had a problem with the library’s computers before, but now with everything redone, she hopes for bigger and better things.

“I’ve always been able to access what I needed,” said Piper. “From what I’ve had to use for classes, I would say the computers are comparable with software needed.” 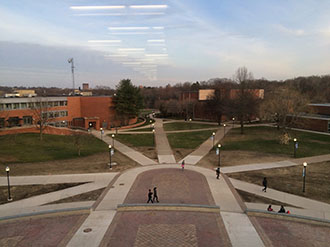