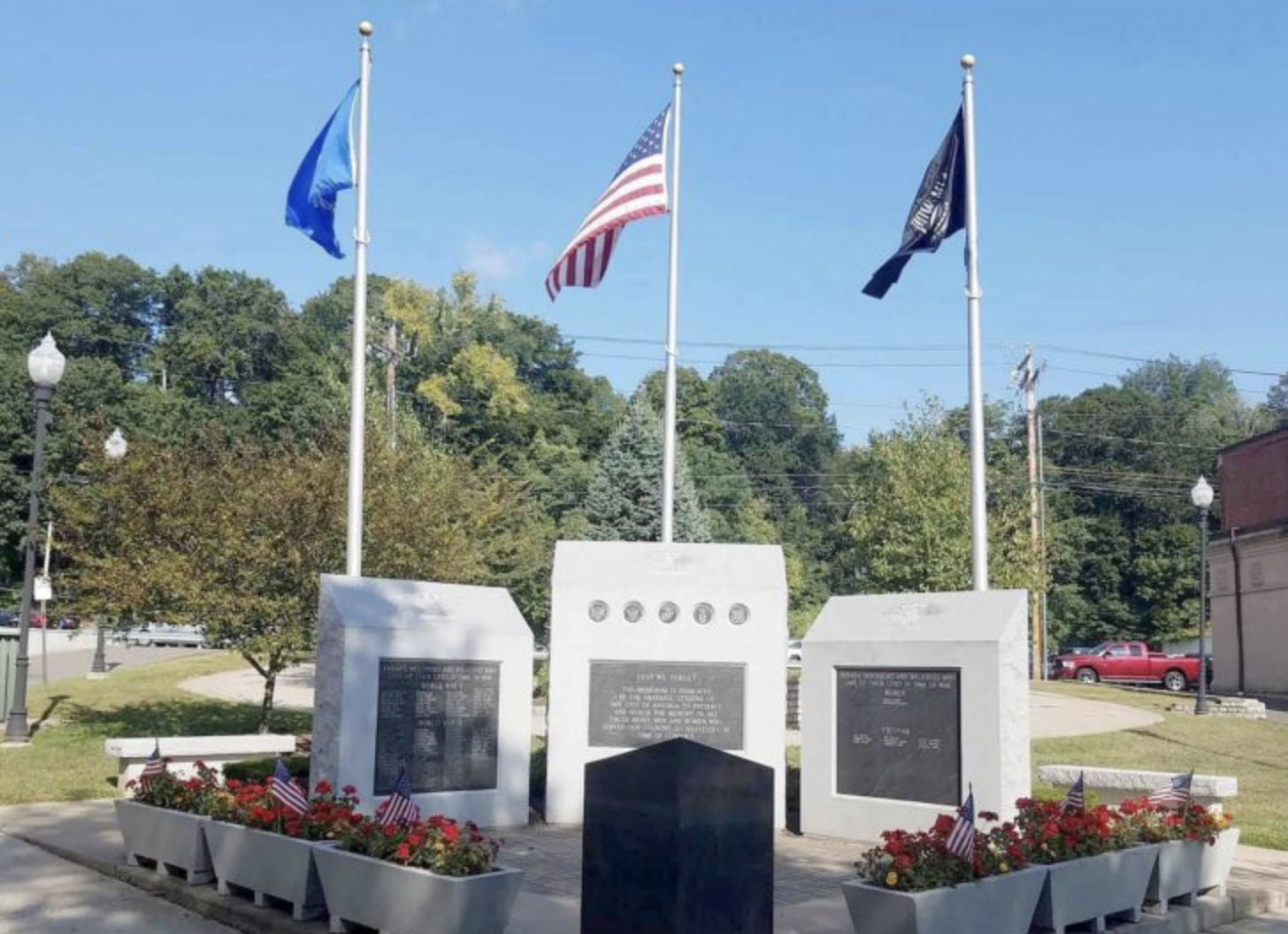 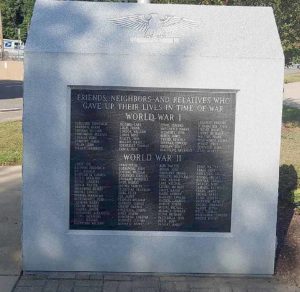 The left stone at Veterans Memorial Park in Ansonia, Conn. with the names of those who gave their lives in black granite from World War I and World War II. Photographed on Sept. 17, 2017 by Christopher Rzasa.

Christopher Rzasa, journalism student at Southern Connecticut State University, reported this story in 2017 as part of Journalism Capstone coursework on World War I.

Veterans Memorial Park in Ansonia, Conn. Features 3 granite stones, with the largest in the center memorializing those who lost their lives in all major conflicts from World War I to the Vietnam War. Photographed on Sept. 17, 2017 by Christopher Rzasa.

When Ansonia decided to create a monument honoring war veterans in the late 1990s, the city turned to local and regional newspapers for help.

The city asked the Valley Sentinel and the New Haven Register to post a list of names, and ask readers to add to it from among those they knew who served.

The roster of veterans is now posted on three granite blocks in Veterans Memorial Park, adjacent to Ansonia City Hall on Main Street. The land was formerly known as Malus Park for Henry Malus, who donated it. The monument was dedicated, and the park renamed, in 1999, and replaced a generic monument honoring all veterans. 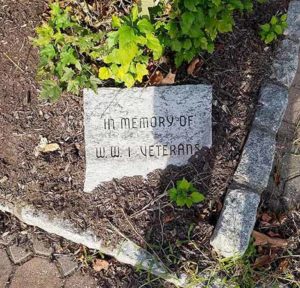 This was the first monument in the city to honor the veterans of World War I with their names. Ansonia also has an honor roll on Woodbridge Avenue, built in 1944 and primarily dedicated to those who served during World War II. The names of those who served in the Korean and Vietnam wars were later added. To the left of this monument is a small stone in the ground that reads “In memory of W. W. 1 veterans.”

In the Veterans Memorial Park a walkway leads to a patch of land with three large granite stones.

The largest stone in the center, stands at 8 feet tall, has a black granite plaque that reads, “Lest we forget this memorial is dedicated by the grateful citizens of the City of Ansonia to preserve and honor the memory of all those brave men and women who served our country so selflessly in time of conflict.”

On the back of that same stone there is a poem that reads: “Salute these heroes as you pass by! They fought and fell for you. Let’s not forget their sacrifice defending the red, white and blue.”

The stones to the left and the right, at 6 feet, 6 inches tall, each contain a black granite plaque listing the names of residents who served during all major conflicts from World War I through the Vietnam War.

Among the features of the slanted carved rocks is an eagle clutching an olive branch. The stones weigh 12,000 lbs.

The park and monuments were designed by Decarlo & Doll Inc., which in the 1990s handled many of the city’s projects. The WWI honor roll features 32 names carved into black granite.

The city became very much involved in gearing up for the war after the sinking of the Lusitania on May 7, 1915 and the declaration of war from the United States that followed, according to former Ansonia Mayor Tom Clifford. Clifford served Ansonia from 1987 to 1991 and is a member of the Historical Committee. 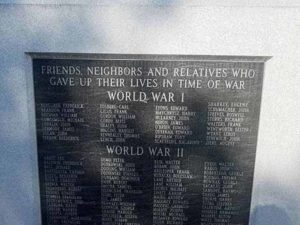 A closer shot of the stone to the left at Veterans Memorial Park in Ansonia, Conn. with the names of those who were killed in World War One. Photographed on Sept. 17, 2017 by Christopher Rzasa.

“The citizens of the city responded appropriately. Many were immigrants from abroad from places such as Italy, Ireland and Eastern Europe, and they responded to the call,” Clifford said.

To see a full list of the names on the memorial, click here to open a PDF file.