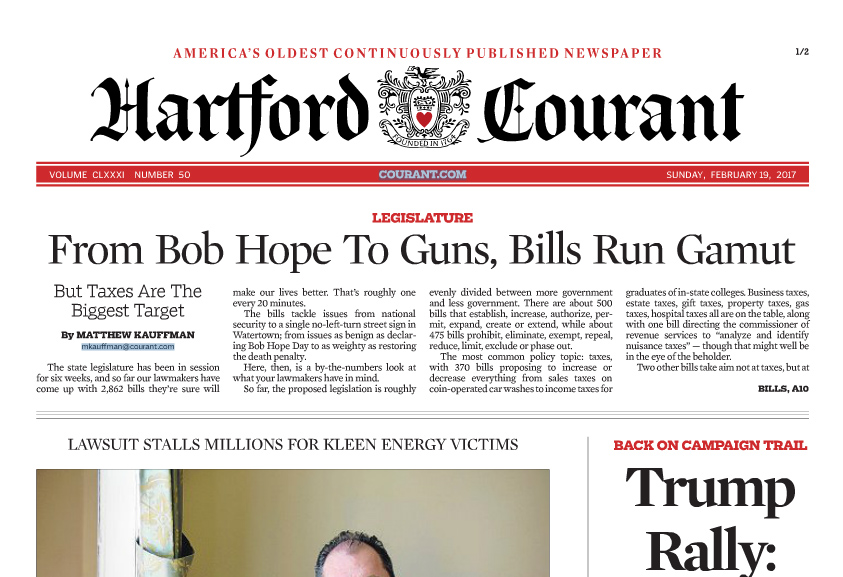 Students in the “Media Law and Ethics” classes at Southern are asked to interview working journalists and write about how ethics and law play a role in how news is covered. The stories are reflective of the difficulty and care reporters and editors use in their craft on a daily basis.  The following is a student report from fall 2016.

“The core values are the same,” said Ferraro. “Investigative journalists are probably more likely to get people angry at them. Obviously, if you write negative things about them.”

Ferraro said the Hartford Courant has an internal “code of ethics” for dealing with situations that might not be clearly defined in the libel law. He said investigative journalists have to be especially knowledgeable in libel law and must have an awareness of what is ethically and legally allowed. 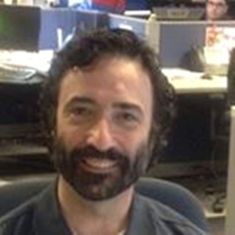 “We don’t set out to cause harm to people but on the other hand we don’t shy away from being aggressive in how [we] cover public officials,” said Ferraro.

There have been situations, Ferraro said, when the Hartford Courant published something inaccurate about a source but the publication either won the suit or reached a settlement with the individual.

“I’ve been involved in cases where we [the Hartford Courant] were sued for libel and sometimes we will just fight them and they go away and the person drops the case,” said Ferraro. “Sometimes we win and sometimes they’re settled but I’ve never lost a libel case.”

Ferraro said a suspect in the murder of a Yale University student, filed a lawsuit against the Hartford Courant several years ago. He said the case was dismissed because the information came from the police. Ferraro said when journalists use court documents and police reports, it can guard them against libel.

“There are some sources, such as people and documents, that you have protection with,” said Ferraro. “Those kind of documents allege people, that they’ve committed crimes and so the press needs that kind of protection to be able to report on what a law enforcement agency believes happened in a crime.”

Ferraro said libel is a very difficult thing to prove because it is information that the publication has to know is false and have malice in its publication.

“Typically though, what happens in a libel situation is, that you reported something that is inaccurate about someone, unintentionally,” said Ferraro. “Certainly when we make mistakes, they’re not intentional, there’s no malice involved.”

Ferraro said investigative journalists often use primary and documented sources more than other journalist in the newsroom. He said though it is rarely done, anonymous sources are most prevalent in investigative reporting.

According to Ferraro, though the Hartford Courant uses anonymous sources, they do not report undercover stories or misrepresent who they are. And they are always clear with sources on what the story is going to be about.

“In a lot of ways it’s not different, it still has its fundamental guidelines that we use when it comes to ethics and libel,” said Ferraro.

“We want to evaluate why they want to remain anonymous,” said Ferraro. “If there’s a good reason, if they’re going to be fired or otherwise punished for talking with us, that’s a good reason.”

Ferraro said good information from named sources, whether it is a person or document, is the best way to report a story but sometimes a source is not always willing to speak for a variety of reasons.

Ferraro said when he covered the crime beat, he received multiple complaints from people who stated they were innocent, that they were misquoted or that they did not like how they were portrayed.

“A lot of people call us up and say they didn’t commit the crime or the police are wrong or the story is wrong,” said Ferraro. “They want the story taken down, out of the Internet.”

Ferraro said recently people that have been accused of crimes, often request that the story be taken off the Internet because future employers could look them up and once a story is posted, it does not really go away.

Most of the time, Ferraro said, a reporter accurately conveys what was said by a source but sometimes the source does not like how they are portrayed regardless. He said the vast majority of cases the reporter fully stands by the story.

According to Ferraro, the Hartford Courant has been accused of being biased in the past. He said both Republicans and Democrats have said there is a bias in writing that favors the opposing party.

“Typically what that is a product of, is the bias that the consumer brings to the story,” said Ferraro. “People want news that confirms their opinion of other people of institutions; they want news they agree with.”

Ferraro said if an article does not say what the reader thinks it ought to say, the reporter is accused of bias, but the bias comes from the consumer. Ferraro said stories can be critical about a topic or person but it does not necessarily mean that the article is biased.

“They can be critical of a subject, politician, a state agency, or whatever they’re writing about but that’s not a bias, that’s just the story,” said Ferraro. “That’s the point of the story.”

Featured image: The front page of the Hartford Courant.