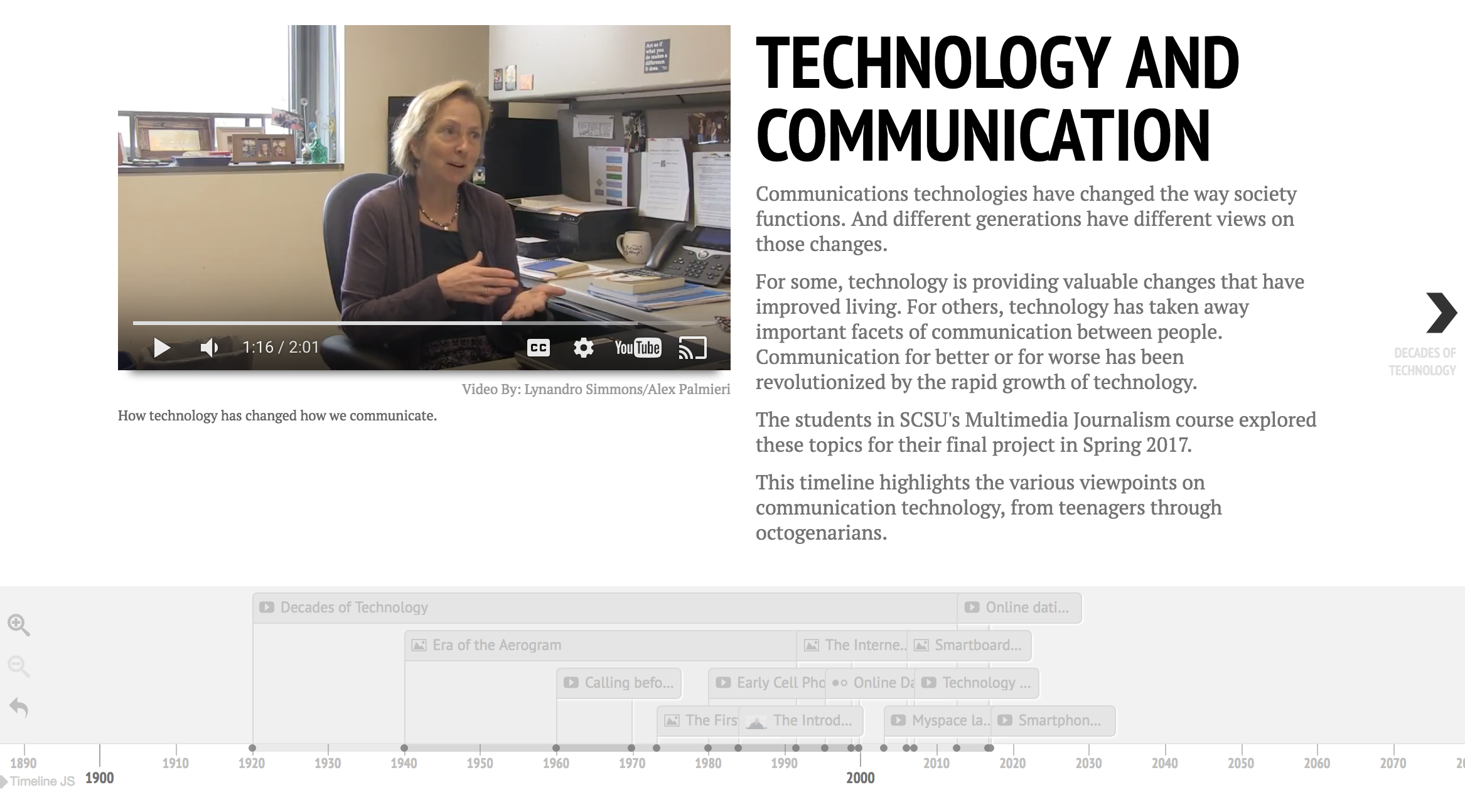 Florence Robinson, 99, of Shelton, can recall a time when she finished her chores and sat down to her reward: listening to a story on the radio. Now, she’s amazed when she turns on the television news and sees quick edits, graphics and details about events happening live.

Over the last century, Robinson has seen the drastic changes in communication technology first-hand. She was one of dozens of people interviewed by students in the Multimedia Journalism course at Southern Connecticut State University for a project analyzing changes in technology over the years. The course created an interactive timeline of stories, ranging from experiences writing letters to using your cell phone to find a date.

The full timeline can be viewed here.

Some highlights are posted below:

Interview subjects in their 70s, 80s and 90s reflect on the most interesting changes they’ve seen in technology over their lifetimes. Video by Megan Grabowski and Matthew Araujo.

From the early days of the new technology, to a computer in your pocket, students, faculty and staff at Southern reflected on the various eras of cell phone use.

Technology in the classroom has now advanced from computers and Microsoft programs to SMART boards and apps.

In 2010, SMART Technologies, the creator of SMART board, stated more than 1.5 million K-12 schools, or 30 million global students, use their whiteboards.

According to a 2008 National Center for Education Statistics report the average number of public schools that had computers in 2008 was 189. Of those computers, 98 percent of them had internet access.